1. Coefficients in General Math and Calculus

Coefficients are numbers or letters used to multiply a variable.  A variable is defined as a symbol (like x or y) that can be used to represent any number.  In a function, the coefficient is located next to and in front of the variable.  Single numbers, variables or the product of a number and a variable are called terms.

The fourth term (y) doesn’t have a coefficient.  In these cases, the coefficient is considered to be 1 since multiplying by 1 wouldn’t change the term.

Notice that the coefficients (2, 3 and 5) are all different values.  However, the function contains like terms since the variable (xy) for each term are raised to the second power.

Above we defined coefficients as being either numbers or letters.  You may come across a function with no numerical value in the coefficient spot.  Just treat the letter located in front of and next to the variable as the coefficient.  For example:

In the function above a and b are coefficients while x is a variable.  The third term (c) does not have a coefficient so the coefficient is considered to be 1.

What about 24? It acts on a special, invisible term; the x0 term. Since any number to the 0th power is always 1, it’s normally condensed down to 1—or, when written with the coefficient, skipped altogether. The coefficient of the x0 is the constant coefficient.

The fact that no number is written in front of x5 tells us immediately that the coefficient is the identity coefficient, the one number that leaves identical whatever it multiplies.

What is a Leading Coefficient?

In a polynomial function, the leading coefficient (LC) is in the term with the highest power of x (called the leading term). As polynomials are usually written in decreasing order of powers of x, the LC will be the first coefficient in the first term.

You have four options:

The graph drops to the left and rises to the right: 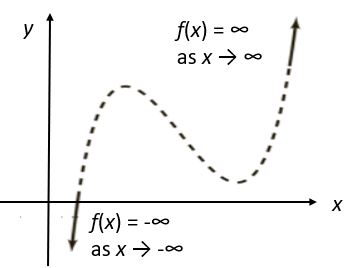 The graph rises on the left and drops to the right: 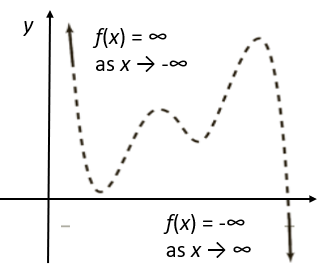 The graph rises on both ends: 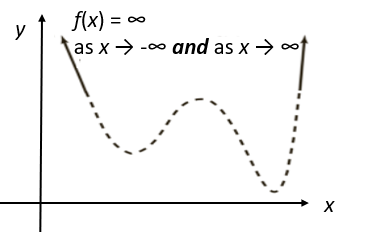 The graph drops on both ends: 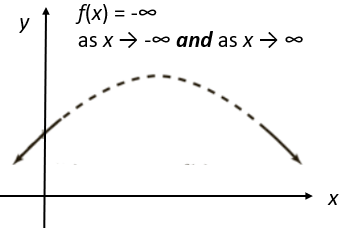 Note that the test only tells you what’s happening at the ends of the graphs; It says nothing about what’s going on in the middle (which is largely determined by the polynomial’s degree). The dashed line in the examples indicate that the shape there is not determined by this particular test. 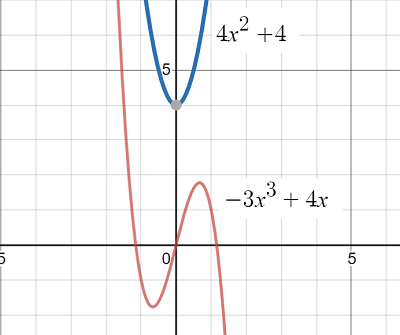 The above graph shows two functions (graphed with Desmos.com):

The term “coefficient” is used in dozens of different ways in other fields. For example, in statistics, correlation coefficients tell us whether two sets of data are connected. They are also measures of reliability (e.g. two judges agreeing on a certain ranking) and agreement (the stability or consistency of test scores).

These tell us whether two sets of data are connected:

Coefficients that measure agreement (e.g. two judges agreeing on a certain ranking) include:

Other types of coefficients: