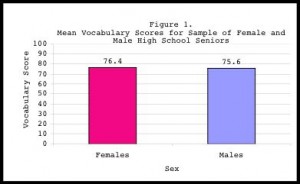 Independent Variables: Other Names and Uses.

Independent variables are also called the “inputs” for functions. They are traditionally plotted on the x-axis of a graph. Dependent variables are usually plotted on the y-axis. Sometimes it’s possible to switch the two variables around (i.e. switch independent to dependent), but it can be challenging to see if it makes sense. A helpful tool is the vertical line test, which will tell you whether or not the switch resulted in a function (functions are necessary for the bulk of statistical analysis).

In statistics, an independent variable is also sometimes called:

What is a Predictor Variable?

The two main types are:

A common workaround to working with qualitative predictors is to assign them to a numerical class when performing correlational studies. For example, if you were performing a study that was looking at the effect of sex and income, you might assign the following classes:

When you only have two classes coded 0 or 1, it’s called a dummy variable. Dummy variables can make it easier to understand the results from a regression analysis. Other codings, like 2/3 or 8/9 can also be used (they just make the output more difficult to comprehend).

Some regression models can include dozens of predictor variables. That’s a model that Professor David Dranove of the Kellogg school of management calls the “kitchen sink” regression method. It’s possible for thousands of potential predictor variables to make up a data set, so care should be taken in choosing which ones you use for your analysis. There are several reasons for this, one of which is the more variables you throw in to the mix, the weaker your model.
Some rules of thumb for choosing variables:

While you might study one IV for a science fair project, it more common to have many levels of the same IV. You can think of a “level” as a sub type of the IV. For example, you might be studying weight loss for three different diets: Atkins, Paleo, and Vegan. The three diets are the three levels of Independent Variable. Or, you could have an experiment where you are comparing two treatments: placebo and experimental. In that case, you have two levels.