What is Moran’s I?

Spatial autocorrelation is multi-directional and multi-dimensional, making it useful for finding patterns in complicated data sets. It is similar to correlation coefficients, it has a value from -1 to 1. However, while other coefficients measure perfect correlation to no correlation, Moran’s is slightly different (due to the more complex, spatial calculations): 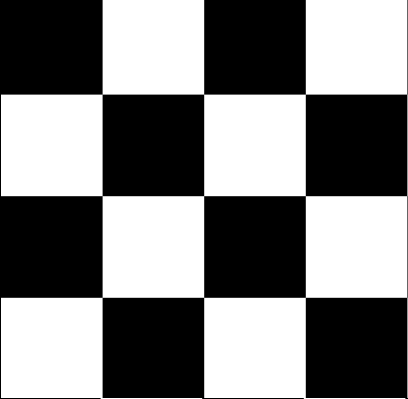 In the above image, the black and white squares have a definite pattern and are perfectly dispersed. The Moran’s value would equal -1. 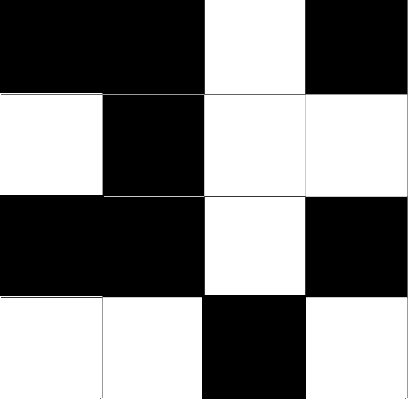 If the squares were truly randomly dispersed, the Moran’s value would be 0. 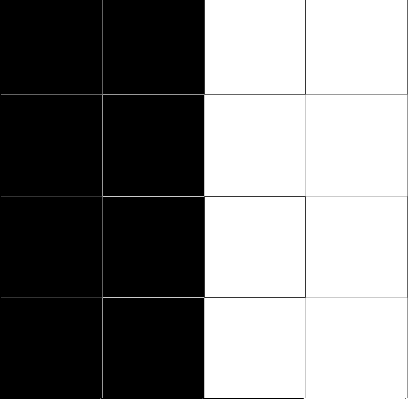 This image shows that the white squares and black squares occupy one half of the area, either side of the center. This is perfect clustering of similar values, which gives a Moran value of +1.

Moran’s I is unlike most other correlation coefficients in that you can’t take the index at face value. It is an inferential statistic, and you have to determine statistical significance before you can read the result. This is done with a simple hypothesis test, calculating a z-score and its associated p-value.

Calculations for Moran’s I are based on a weighted matrix, with units i and j. Similarities between units is calculated as the product of the differences between yi and yj with the overall mean.