What is a Laplace Distribution?

The Laplace distribution is the distribution of the difference of two independent random variables with identical exponential distributions (Leemis, n.d.). It is often used to model phenomena with heavy tails or when data has a higher peak than the normal distribution. 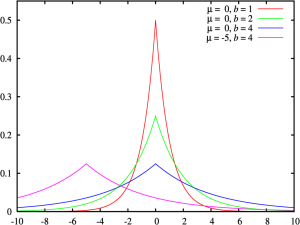 The general formula for the probability density function (PDF) is:

The shape of the Laplace distribution is defined by the location parameter and scale parameter. The following image was created with this online Casio calculator (μ = 3, β = 0.7), which enables you to create various PDFs and CDFs for the distribution. 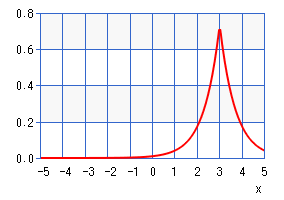 The formula for the CDF is:

Despite being one of the oldest probability distributions, it isn’t commonly used. Therefore, it can be a challenge to find functions for this distribution on popular software, like Excel. However, many statistical software packages do offer options, including Maple and SPSS.

Check out our YouTube channel for hundreds of statistics help videos.