Simply put, a line segment is just a piece of a given straight line. Each end of the line is called an endpoint. The two endpoints are usually denoted by letters, like A B or C D.


While AB is a common choice for endpoint labels, you could theoretically name them with any variable you like (e.g. FG or PQ). The usual notation is to write out the two endpoint labels with a line above them. For example: AB.

are not the same.

and slope formula (rise over run).

. Both segments are the same length (radic;13).

Step 2: Use the slope formula for both segments:

Both segments have the same slope.

The two line segments have the same length and slope, so they are equivalent.

Endpoint on a Ray and Line Segment

For example, the following image shows the ray

The term is also used define points where a function simply ends.


An important note though, is that an endpoint in calculus isn’t usually a “point” in the usual sense of the word. It’s defined by a directional derivative or limit (i.e. values leading up to the endpoint, rather than the value at the endpoint itself).

Problem Solving: Length of a Line Segment & The Distance Formula

The length of a line segment between two points is calculated with the distance formula:

This formula only works for linear (straight line) functions. If you have a curved function, use the arc length formula instead.

Length of a Line Segment: Example

Step 1: (Optional) Draw a Graph of the function. This step can help you see where the points you need for the formula are (x1, x2, y1, y2). I used Desmos.com to create this graph: 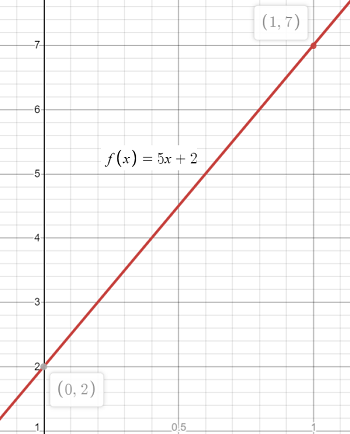 A quick look at the line segment between these two points and I’m going to guess that the length should be around 5. That gives me a way to check that my final answer is reasonable.

If you’re having trouble deciding which point goes where, the following graph has the x and y points labeled. 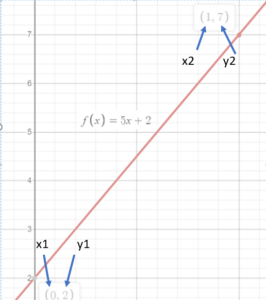 So my guess at 5 was fairly close.

You might notice that the distance formula is really an application of the Pythagorean theorem. And in fact, you could get to the same answer by using the Pythagorean formula a2 + b2 = c2.
The following image shows that the hypotenuse of the triangle lies on the line segment you’re trying to find the length of: 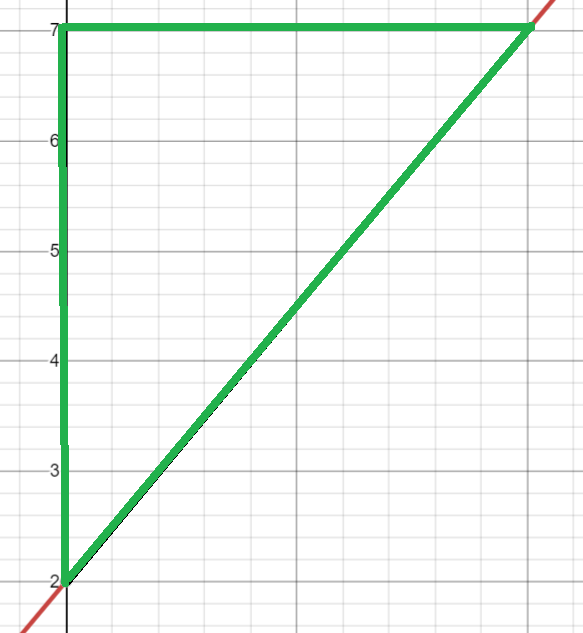 You may be wondering why we use the distance formula to find the length of a line segment instead of the more simple Pythagorean formula. The answer is that while a, b, and c work perfectly well in geometry, it doesn’t translate well to the Euclidean plane of x’s and y’s, especially once you get to variations on the distance formula for curves. You can’t fit a triangle to a curve, but you can fit a series of small lines. This process of fitting small lines to approximate a curve uses integration, and (along with derivatives) it’s one of the two fundamental areas of calculus.