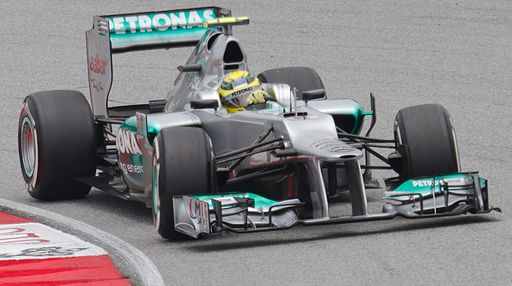 Acceleration is a measure how the velocity of an object changes. In calculus, you can find it using derivatives.

Acceleration is an important concept in physics: it’s the rate of change in velocity over time. In other words, it tells you how much the velocity iscreasing, or decreasing. Is the object speeding up? Slowing down? Moving at a constant speed in a straight line? If you’ve ever been in a moving elevator, you’ve probably felt the effects of acceleration: an elevator that’s accelerating pushes you to the floor, and one that’s decelerating makes you feel a little weightless.

Constant acceleration is when the velocity changes at a constant rate.

Example: Imagine you toss a beanbag into the air. The bag rises into the air, coming to a halt at the top of its path. Then, it rapidly begins to descend until it falls into the palm of your hand. Other Gravity-related examples are easy to imagine: a truck rolling down a hill, or an apple falling from a tree.

When an object is at rest, its acceleration is constant (and equal to zero). This is true because its position does not change, so its velocity is zero at all times.

Even if the velocity is allowed to change, acceleration can still be constant. However, it must change at a steady rate.

Example question: If you drop a baseball off of the grand canyon, how long will it take for the baseball to travel 100 meters?

In this case, acceleration is 9.8 meters per second squared, while the change in position is 100 meters. Because the ball is dropped from rest, the initial velocity is zero. Knowing these variables, we can use equation #1 to solve for time.

Constant acceleration is sometimes difficult to conceptualize, but hopefully, this article has offered some real-world examples that make the idea more concrete.

Friction-related examples are a bit more challenging to visualize, but some common scenarios include: 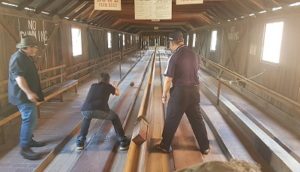 In Calculus, instantaneous acceleration is the acceleration of an object at a specific moment in time. It’s the rate that the object changes it’s velocity.

An object that is simply moving fast at a constant rate (e.g. 60 mph) is not accelerating—and has an instantaneous acceleration of zero. For example, let’s suppose a car is traveling at the following velocity:

Although the car is moving, it’s velocity doesn’t change from 60 m/s; It has zero acceleration. That could also mean that the velocity is at a maximum or minimum value.

This is not to be confused with constant acceleration (sometimes called uniform), where it accelerates at a constant rate. For example, let’s say a car is traveling at:

For each change in time of one minute, the car increases its velocity by 5 m/s. The car has constant acceleration of 5 m/s2.

If you graphed velocity as a function of time, instantaneous acceleration would be the slope of the tangent line.

What this means is that if the velocity function is a straight line, the instantaneous acceleration will be constant (the tangent will always be a straight line).

If the instantaneous acceleration changes, the velocity is that of a curve. A negative instantaneous acceleration means the velocity is decreasing. If it is positive, our velocity is increasing.

You can’t calculate instantaneous acceleration in quite the same way because you don’t have a start time and an end time. Instead, imagine you are finding the same quotient—the difference in velocity over difference in time—over an infinitely small time period. You can write this as:

We can also think about acceleration in terms of an object’s position. Since velocity represents a change in position over time, then acceleration would be the second derivative of position with respect to time:


If you’re given a function and asked to find a, follow the diagram above to figure out what you need to do. For example,


You can also work backwards to find a. When I say “backwards” here, I’m talking about integrals, which is basically “undoing” the derivative. If you are given a jerk (the third derivative of the position function), you’ll want to integrate once.

Note: You can find “a” when given either:

Step 1: Set up your equation. Given a function for the distance an object travels over time, set the derivative of the function with respect to time as equal to the velocity of the object. For example:

The notation “d/dt” is for the derivative. I could just have easily used D or some other notation.
Splitting up the summands (to make differentiation easier), the equation changes to:

Step 2: Solve for velocity by performing the differentiation. There are several ways to do this, depending on what the format of your function is. This particular function calls for the Power Rule:

This means the acceleration of the object has a constant value of 2.

Tip: When there are leftover variables in the formula, this means the acceleration is not constant over time. Be sure to include any units of measure in your answer to make it correct.