What is a Z Test? 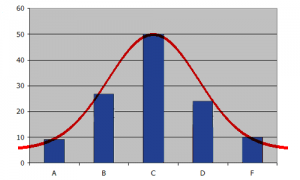 A Z-test is a type of hypothesis test—a way for you to figure out if results from a test are valid or repeatable.

For example, if someone said they had found a new drug that cures cancer, you would want to be sure it was probably true. A hypothesis test will tell you if it’s probably true, or probably not true. A Z test, is used when your data is approximately normally distributed (i.e. the data has the shape of a bell curve when you graph it).

When you can run a Z Test.

Several different types of tests are used in statistics (i.e. f test, chi square test, t test). You would use a Z test if:

Running a Z test on your data requires five steps:


You could also use technology, for example:

Watch the video to see a two proportion z-test:

Set these numbers aside for a moment.

Step 3: Insert the numbers from Step 1 and Step 2 into the test statistic formula:

We need to find out if the z-score falls into the “rejection region.”

Step 4: Find the z-score associated with α/2. I’ll use the following table of known values: