This video explains both the null and alternate hypotheses:

Need help writing a hypothesis? Check out our tutoring page! 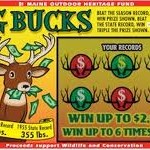 In other cases, there might be a change in the amount of something. For example, let’s say a Gallup poll predicts an election will re-elect a president with a 5 percent majority. However, you, the researcher, has uncovered a secret grassroots campaign composed of hundreds of thousands of minorities who are going to vote the opposite way from expected.

Although the outcome hasn’t changed (the President is still re-elected), the majority percentage has changed—which may be important to an electoral campaign.

Next: How to State the Null Hypothesis in Statistics

Check out our YouTube channel for more help and tips!