What is the Sample Variance?

The sample variance, s2, is used to calculate how varied a sample is. A sample is a select number of items taken from a population. For example, if you are measuring American people’s weights, it wouldn’t be feasible (from either a time or a monetary standpoint) for you to measure the weights of every person in the population. The solution is to take a sample of the population, say 1000 people, and use that sample size to estimate the actual weights of the whole population. The variance helps you to figure out how spread out your weights are.

Watch the video for an example of how to find the sample variance:


How to Find the Sample Variance
Watch this video on YouTube.
Can’t see the video? Click here.

The variance is mathematically defined as the average of the squared differences from the mean. But what does that actually mean in English? In order to understand what you are calculating with the variance, break it down into steps:

What is the sample variance used for?

While the variance is useful in a mathematical sense, it won’t actually give you any information that you can use. For example, if you take a sample population of weights, you might end up with a variance of 9801. That might leave you scratching your head about why you’re calculating it in the first place! The answer is, you can use the variance to figure out the standard deviation—a much better measure of how spread out your weights are. In order to get the standard deviation, take the square root of the sample variance:
√9801 = 99.
The standard deviation, in combination with the mean, will tell you what the majority of people weigh. For example, if your mean is 150 pounds and your standard deviation is 99 pounds, the majority of people weigh between 51 pounds (mean-99) and 249 pounds (mean+99).

If you’re finding the sample variance by hand, the “usual” formula you’re given in textbooks is:

However, if you’re working the formula by hand, it can be a bit cumbersome, especially because of the summation notation (&Sigma). An alternative version is the computational formula, which can be a little easier to work:

Why are Squares Used in the Sample Variance Formula?

The reason the values are squares (instead of say, cubes) is related to the Pythagorean Theorem and orthogonality (which is another way of saying “independent”). For two independent random variables X and Y, we have:
Var (X + Y) = Var(X) + Var(Y)
which is analogous to the following:
If two triangle side lengths a and b are orthogonal, the length of the hypotenuse is √(a2 + b2) (Kjos-Hanssen, 2019).

The variance formula can be tricky to use—especially if you are rusty on order of operations. By far the easiest way to find the variance is to use an online standard deviation calculator. You can also use it to check your work. Have to work the formula by hand? Read on!

How to Find the Sample Variance by Hand

How to Find the Sample Variance by Hand: Variance Example 1 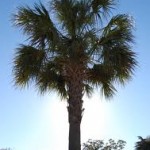 Step 1: Add up the numbers in your given data set.

…and divide by the number of items. We have 6 items in our example so:

Step 3: Take your set of original numbers from Step 1, and square them individually this time:

Add those numbers (the squares) together:

Step 5: Subtract 1 from the number of items in your data set*. For our example:

How to find the sample variance: Standard Deviation Example 2

Step 7: Take the square root of your answer from Step 6. This gives you the standard deviation:

*Important note: The standard deviation formula is slightly different for populations and samples (a portion of the population). If you have a population, you’ll be dividing by “n” (the number of items in your data set). However, if you have a sample (which is the case for most statistics questions you’ll get in class!) you’ll need to divide by n-1. For why n-1 is used, see: Bessel’s Correction.

Like the explanation? Check out the Practically Cheating Statistics Handbook, which has hundreds more step-by-step solutions, just like this one!

How to Find the Sample Variance: Example 3

How to Find the Sample Variance: Example 4

This example uses the same formula, it’s just a slightly different way of working it.

How to Find Sample Variance: Steps

How to Find the Sample Variance in Excel

Sample Variance in Excel 2013 and up

Variance is a tool to tell you how much a data set varies. Its major use in stats is as a way to find the standard deviation, which is a more useful measure of spread and in fact is much more widely used than the sample variance. The equations for finding the sample variance are quite ugly. Technology is the best way to find it without the chance of math errors creeping in.
Excel gives you two options. If you haven’t already, be sure to load the Data analysis Toolpak (How to load the Data Analysis Toolpak). It’s a powerful tool that you’ll use over and over again in stats. If you don’t have the Toolpak (or don’t want to install it), your second option is to use the VAR function.

Step 3: Click the Input Range box and then type the location for your data. For example, if you typed your data into cells A1 to A10, type “A1:A10” into that box

Step 4: Click the radio button for Rows or Columns, depending on how your data is laid out.

Step 5: Click the “Labels in first row” box if your data has column headers.

Step 7: Select a location for your output. For example, click the “New Worksheet” radio button.

Step 1: Type your data into a single column.

Sample variance in Excel 2007-2010 is calculated using the “Var” function. Watch this one-minute video on how to calculate it, or read the steps below.

How to calculate sample variance in Excel
Watch this video on YouTube. 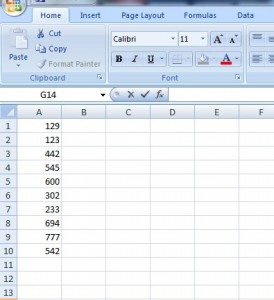 Step 3: Click the “Insert function” button on the toolbar. This opens the Insert Function dialog box. 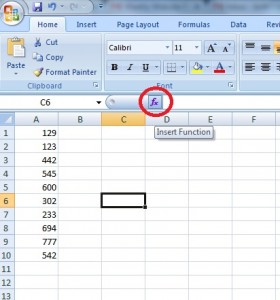 Step 4: Type “Var” into the Search for a Function text box and then click “Go.” VAR should be highlighted in the function list.

Step 6: Type the location of the sample data into the Number1 text box. This sample data was typed into cells A1 to A10, so I typed “A1:A10” into the text box. Make sure to separate the first and last cells by a colon (A1:A10).

Tip: You can also access the VAR function from the “Formulas” tab in Excel. Click the “Formulas” tab and then click the “Insert Function” button on the far left of the toolbar. Continue from Step 4 above to calculate the variance.
Tip: You don’t have to type your sample data into a worksheet. Technically, you could open the VAR function dialog box and then type your data into the Number1, Number2 etc. boxes. However, the advantage of typing the data directly into the worksheet is that you can perform more functions on your data (like standard deviation) if you need to.

Check out our YouTube channel for more Excel help and tips!