Why do we need to find hypothetical distributions?

Limiting Distribution and the CLT 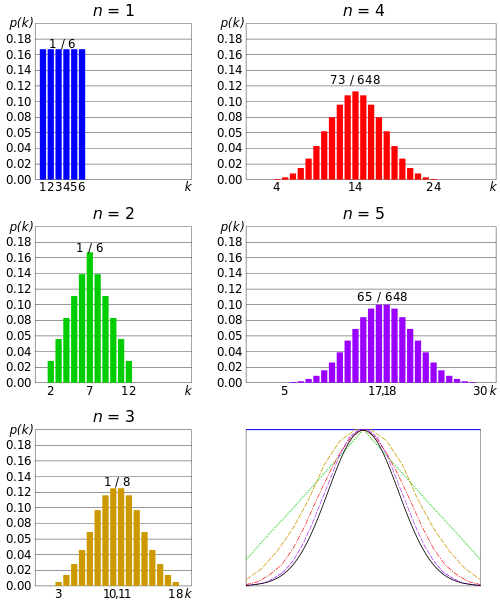 A series of dice throws converges to a normal distribution as the sample sizes increases. Photo credit:cmglee|Wikimedia Commons

The Central Limit Theorem (CLT) uses the limit concept to describe the behavior of sample means.

One of the more common areas where the term shows up is in the study of Markov Chains. As time n > ∞, a Markov chain has a limiting distribution π = (πj)j∈s. A value for π can be found by solving a series of linear equations.