What is the Pareto Distribution?

The Pareto distribution is a skewed distribution with heavy, or “slowly decaying” tails (i.e. much of the data is in the tails). 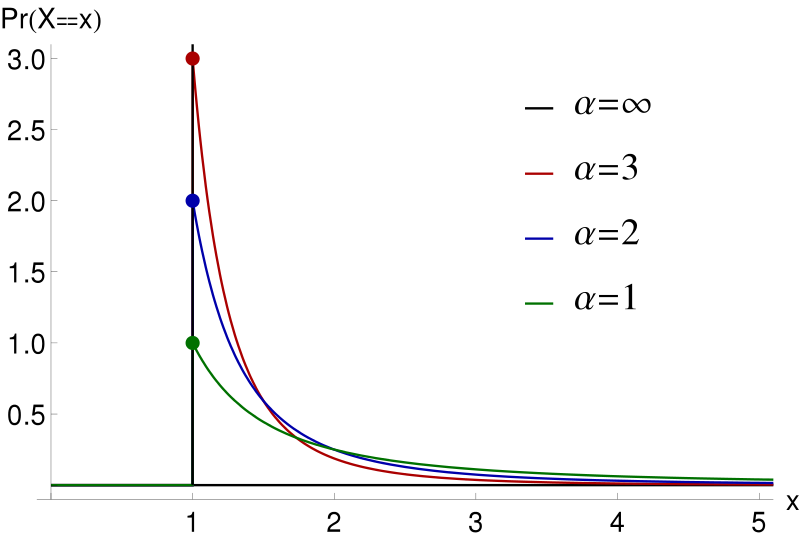 The Pareto distribution (created by the 19th Century Italian economist Vilfredo Pareto) is defined by a shape parameter, α (also called a slope parameter or Pareto Index) and a location parameter, X. It has two main applications:

The Pareto distribution is expressed as:
F(x) = 1 – (k/x)α
where
x is the random variable
k is the lower bound of the data
α is the shape parameter

You might also see this written as:
F(x) = 1 – (kλk/xk+1)α
When used to model income distribution, this particular version of the formula has λ as the minimum income and k as the distribution of income.

The Pareto Principle is derived from the Pareto distribution and is used to illustrate that many things are not distributed evenly. Originally written to state that 20% of the population holds 80% of the wealth, it can be applied more universally. For example, 1% of the population holds 99% of the wealth. However, it can be used to model any general situation where situations are not evenly distributed. For example, the top 20% of workers might produce 80% of output.
Next: The Pareto Principle.