You may want to read this article first: What is a Unit Root?

“Order of integration” is a summary statistic used to describe a unit root process in time series analysis. Specifically, it tells you the minimum number of differences needed to get a stationary series.

The Problem of Unit Roots 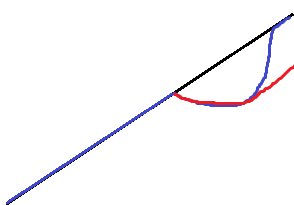 An ideal time series has stationarity. That means that a shift in time doesn’t cause a change in the shape of the distribution. Unit root processes are one cause for non-stationarity.

If you have unit roots in your time series, a series of successive differences, d, can transform the time series into one with stationarity. The differences are denoted by I(d), where d is the order of integration. Non-stationary time series that can be transformed in this way are called series integrated of order k. Usually, the order of integration is either I(0) or I(1); It’s rare to see values for d that are 2 or more.

Davidson suggests that it may be easier think of an I(0) process as specific conditions that make asymptotic theory valid. That said, this simple definition does require some understanding of not-so-simple processes (like the concept of a limit in calculus and asymptotic theory). The definition is as follows:
A time series

is I(0) if the partial sum process XT, defined on the unit interval by

converges weakly to standard Brownian motion B as T → 1.

How to Find the Integration Order

The first step in transforming a time series is to see if you have a unit root process in the first place. Sometimes, a simple plot of the data will reveal the presence of a unit root (as in the image at the top of this article). However, looking at a plot — even one that obviously has a unit root — doesn’t give you the integration order. For that, you’ll have to perform further analysis. Two popular options are the KPSS test and the Augmented Dickey-Fuller test. For the AGF test, Dickey & Pantula (1987) suggest running the test assuming a higher order of integration (say, I(2))and working downwards to avoid the problem of over-differencing.