What is Within-Group Variation?

Within-group variation (sometimes called error group or error variance) is a term used in ANOVA tests. It refers to variations caused by differences within individual groups (or levels). In other words, not all the values within each group (e.g. means) are the same. These are differences not caused by the independent variable. 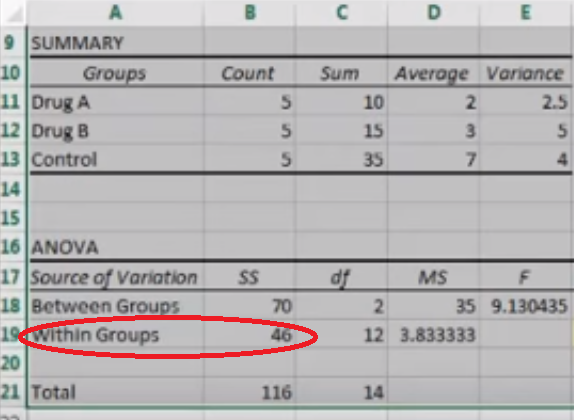 If the variance caused by interactions between different samples is much greater than the variance found inside values in a single group, that indicates the means aren’t equal.