What is the Stable Distribution?

Stable distributions are a general family of probabilities distributions that share certain properties. They were first described by Paul Lévy (1925) and so are also sometimes informally called Lévy distributions. However, this can cause confusion as a “Lévy Distribution” is actually a specific member of the Stable Distribution family.

Most of these distributions do not have a distinct probability density function, with the exception of the Cauchy Distribution, Lévy Distribution and Normal distribution) but they do share certain properties, like skewness and heavy tails. 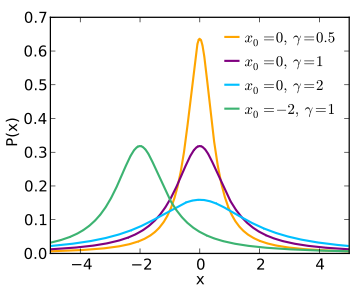 One of the most important mathematical characteristics of Stable Distributions is that the distributions retain the same α and β under convolution of random variables (a calculus term which describes what happens when two functions f and g are combined to form a third function).

Advantages and Disadvantages for Practical Use

A very useful property of stable distributions is that they are scalable (up to a certain factor) — a small part of the distribution looks just like the whole.

A major drawback to the use of stable distributions is that any moment greater than α isn’t defined. That means in general, any theory based on variance (the second moment) isn’t useful. However, it’s sometimes possible to modify the distributions (for example, truncate the tails). This does require you to have a good grasp of the particular distribution you’re dealing with as well as the discipline from which your data was drawn in the first place. For example, Paul & Baschnagel describe how a Lévy distribution can be used to model a human heart beat if the tails are truncated — but you would only know to truncate the tails if you were aware that deviations in heartbeats can’t be arbitrarily large.