Type I & Type II Error: What is a Type I Error?

A Type I error (or Type 1), is the incorrect rejection of a true null hypothesis. The alpha symbol, α, is usually used to denote a Type I error.

The Null Hypothesis in Type I & Type II Error

If that sounds a little convoluted, an example might help. Back in the day (way back!) scientists thought that the Earth was at the center of the Universe. That mean everything else—the sun, the planets, the Oort cloud&helip—revolved around the Earth. 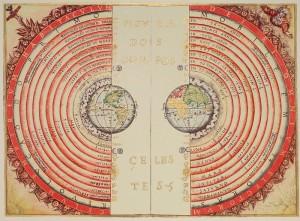 This Geocentric model, where the Earth is at the center of the universe, hassince been proven false. So the current, accepted hypothesis (the null) is:

Type I Error: Conducting a Test

That’s a very simplified explanation of a Type I Error. Of course, it’s a little more complicated than that in real life (or in this case, in statistics). But basically, when you’re conducting any kind of test, you want to minimize the chance that you could make a Type I error. In the case of the amateur astronaut, you could probably have avoided a Type I error by reading some scientific journals.

A Type II error (sometimes called a Type 2 error) is the failure to reject a false null hypothesis. The probability of a type II error is denoted by the beta symbol β. 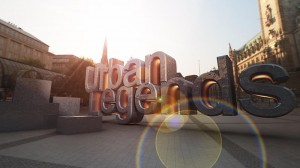 Let’s say you’re an urban legend researcher and you want to research if people believe in urban legends like:

But let’s say that null hypothesis is completely wrong. It might have been true ten years ago, but with the advent of the Smartphone—we have Snopes.com and Google.com at our fingertips. Still, your job as a researcher is to try and disprove the null hypothesis. So you come up with an alternate hypothesis:
H1: Most people DO NOT believe in urban legends.

You conduct your research by polling local residents at a retirement community and to your surprise you find out that most people do believe in urban legends. The problem is, you didn’t account for the fact that your sampling method introduced some bias…retired folks are less likely to have access to tools like Smartphones than the general population. So you incorrectly fail to reject the false null hypothesis that most people do believe in urban legends (in other words, most people do not, and you failed to prove that). You’ve committed an egregious Type II error, the penalty for which is banishment from the scientific community.

*I used this simple statement as an example of Type I and Type II errors. I haven’t actually researched this statement, so as well as committing numerous errors myself, I’m probably also guilty of sloppy science.

This section is Part 4 of Intro to Statistics.

Let’s explore these two types of potential errors with some examples.

Figure 4.1 highlights the four things that can happen with fair/unfair coins that are within/outside the 95% interval for the hypothesis that the coin is fair.

Table 4.1 presents the information in a tabular format. (Some readers prefer the Figure and others prefer the Table, so I’m including both.)

At first, many people think (hope) that using a 95% confidence interval means that there is a 95% chance they’re correct and a 5% chance they’re incorrect. But, unfortunately, that’s not what it means. Its meaning is much more limited. Our sampling distribution and its confidence interval portrays a very specific situation. In this case, it portrays the situation of flipping only fair coins. It does not
portray flipping unfair coins. When we are in fact flipping fair coins, we do in fact expect that 95% of the outcomes will be within the .4-to-.6 boundary lines and 5% will be outside. But when we are in fact flipping unfair coins, this sampling distribution doesn’t tell us
what to expect.

What if all the coins in the basket are fair? Then you expect to be correct 95% of the time and to fall victim to Type I Error 5% of the time. Type II Error is irrelevant because it only applies to unfair coins.

What if all the coins in the basket are unfair? Then Type I Error is irrelevant because it only applies to fair coins. And, we have no idea, at this point, how many times we should expect to be correct or how many times we should expect to fall victim to Type II Error. Our 95% interval has nothing definitive to say about unfair coins. If we knew, for example,

then we could do some calculations to determine how likely it is that your judgments are correct. But we don’t know those things.

We can make use of estimates of those things. In Frequentist statistics, we can, if we wish, estimate values for #2 in order to then estimate the likelihood of Type II Error. We’ll explore that next. But we do not make nor use estimates for #1. (Estimates for #1 are used to determine what’s called the false discovery rate.

The person testing the coin has no knowledge of this. This person is testing whether the coin is fair and so is using a 95% interval for a fair coin that comes up heads 50% (.5) of the time and tails 50% (.5) of the time. Notice that the great majority of trials for the unfair coin will be outside the 95% interval for a fair coin and will lead to the correct judgment that the coin is unfair. However, about 2% of the time the unfair coin will be within the interval and be incorrectly judged to be fair. That is Type II Error.

In summary, the closer something is to what we’re testing for, and the smaller the sample size, the more likely we are to suffer Type II Error. There is another avenue to suffering higher Type II Error rates: making our Type I Error criterion stricter.

99% Intervals and Their Effects on Type I & Type II Error

With a wider interval, our sample statistic value needs to be more extreme in order to fall outside the interval. In that way, it is a stricter criterion with respect to Type I Error. We can use the stricter criterion to lessen the chances of Type I Error. But what happens with Type II Error? As you might expect, since you can’t get something for nothing, Type II Error will become more likely. First, look at Figure 4.6 shown below.

As you can see when comparing Figure 4.6 with Figure 4.2 (reproduced below), more outcomes of the same unfair coin are now within the 99% interval than were within the 95% interval.

Decreasing the likelihood of Type II Error increases the statistical power of our analysis. In practice, increasing the sample size is a common way to reduce the likelihood of Type II Error. Moreover, there are formulas and software tools (including online calculators) available that help researchers estimate what their sample size should be in order to achieve their desired levels of Type I and Type II Error. With these tools you enter your estimated value for the population proportion, your expected sample proportion value, and your desired Type I and II Error rates. Keep in mind that, since you don’t actually know what the population proportion is nor what your sample proportion will be, the sample size recommendations of these tools are “educated-guess” estimates.

While 95% and 99% intervals are common, much stricter Type I Error criteria are used in particle physics: 99.9999% (approximately). Using this interval with coin flipping, we would insist that a coin come up heads at least 75 times in 100 flips before declaring it unfair. Biologists conducting what are called genome-wide association studies use a similarly strict interval. Since these researchers test hundreds of thousands or even millions of separate genome locations, Type I Errors would be expected to occur far too frequently if they used a 95% or 99% interval. After all, 5% of 1,000,000 is 50,000 and 1% of 1,000,000 is 10,000.