A decision rule spells out the circumstances under which you would reject the null hypothesis. The null hypothesis is the backup ‘default hypothesis’, typically the commonly accepted idea which your research is aimed at disproving. In general, it is the idea that there is no statistical significance behind your data or no relationship between your variables.

Usually a decision rule will usually list specific values of a test statistic, values which support the alternate hypothesis (the hypothesis you wish to prove or test) and which are contradictory to the null hypothesis.

Test Statistics and the Decision Rule

How the decision rule is used depends on what type of test statistic is used: whether you choose to use an upper-tailed or lower-tailed (also called a right-tailed or left-tailed test) or two-tailed test in your statistical analysis.

The left tail (white) and right tail (yellow) are separated by a hypothetical line. This line is defined by your decision rule.

The set of values for which you’d reject the null hypothesis is called the rejection region. It’s bounded by the critical value given in the decision rule. 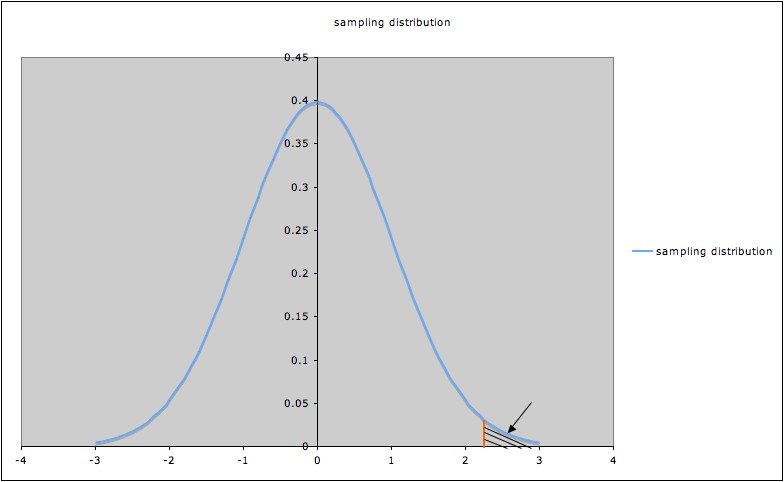 Rejection region for a hypothesis test. The “acceptance region” is everything else under the curve.