What is a Receiver Operating Characteristic (ROC) Curve? 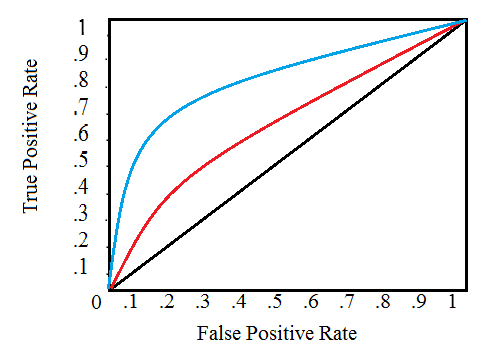 A ROC curve showing two tests. The red test is closer to the diagonal and is therefore less accurate than the green test.

A Receiver Operating Characteristic (ROC) Curve is a way to compare diagnostic tests. It is a plot of the true positive rate against the false positive rate.*

Origin of the Term

The term “Receiver Operating Characteristic” has its roots in World War II. ROC curves were originally developed by the British as part of the “Chain Home” radar system. ROC analysis was used to analyze radar data to differentiate between enemy aircraft and signal noise (e.g. flocks of geese). As the sensitivity of the receiver increased, so did the number of false positives (in other words, specificity went down).

Next: C-Statistic (Area under a ROC Curve)