What is the Gompertz Distribution?

The Gompertz distribution, named after Benjamin Gompertz, is an exponentially increasing, continuous probability distribution. It’s basically a truncated extreme value distribution (Johnson et. al, 1994). Therefore, it is also called an EVD Type I. Although the theoretical range is from zero to positive infinity, most applications for this distribution are for human mortality rates with a range of 0 to ≅ 100. It is also used in other fields, including biology and demography. 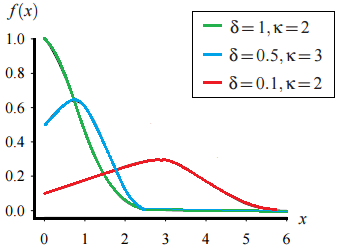 The Gompertz can be defined by the following differential equation (Marshall & Olkin, 2007):

When λ = 1, this becomes the exponential distribution.

Gompertz supposed that the hazard rate was your chances of death at time t. He concluded that this rate increased in geometrical progression:

When λ and ξ are both less than zero, this becomes the negative Gompertz distribution.

Relation to Other Distributions

The Gompertz is related to:

Various forms of the Gompertz exist, in part because of its long history. It was first developed by Benjamin Gompertz in 1825, as a way to model age-specific mortality rates. Although it was used widely in Victorian times, the Gompertz “law” lost popularity at the turn of the 20th century but is recently regaining ground in several different forms, which include: