What is the Park Test? 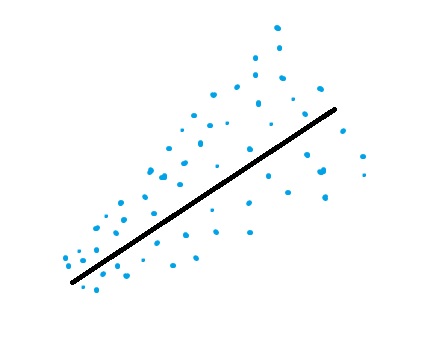 There are different forms of this test: the log form is the most common and is the one outlined here, where: LN(Residual2) = b(intercept) + slope(m) (LN(X)). However, you can theoretically use another form, like the linear form Residual2 = b + m(X). The linear form is the same as the Breusch Pagan test.

Steps for Running a Park Test

Step 1 : Run ordinary least squares on your data. Make sure the regression produces a table of residuals.

Step 2 : Square the residuals from Step 1.

Step 3 : Take the natural log of the squared residuals from Step 2.

Step 4 : Take the natural log of Z, the variable which you suspect is causing the heteroscedastic behavior.

Step 6 : Find the T-Statistic for the Z variable. A large t-statistic (i.e. over 2) indicates the presence of heteroscedasticity.

Caution: There has been some debate about the validity of this test. For example, Goldfeld and Quandt cautioned that vi may violate assumptions of OLS.