What is a Multimodal Distribution? 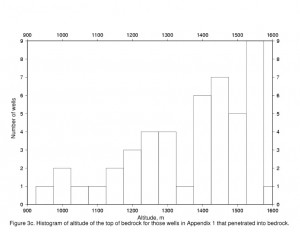 A bimodal distribution is also multimodal, as there are multiple peaks.

A comb distribution is so-called because the distribution looks like a comb, with alternating high and low peaks. A comb shape can be caused by rounding off. For example, if you are measuring water height to the nearest 10 cm and your class width for the histogram is 5 cm, this could cause a comb shape.

An edge peak distribution is where there is an additional, out of place peak at the edge of the distribution. This usually means that you’ve plotted (or collected) your data incorrectly, unless you know for sure your data set has an expected set of outliers (i.e. a few extreme views on a survey).

A multimodal distribution is known as a Plateau Distribution when there are more than a few peaks close together.

Causes of a Multimodal Distribution

A multimodal distribution in a sample is usually an indication that the distribution in the population is not normal. It can also indicate that your sample has several patterns of response or extreme views, preferences or attitudes. 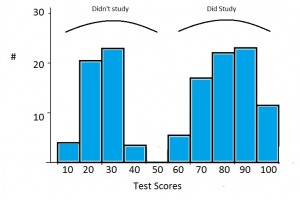