What is Joint Probability? 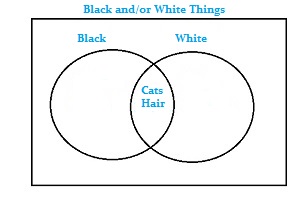 You can find several more examples here: Probability of A and B.

The whole point of the joint distribution is to look for a relationship between two variables. For example, the following table shows some probabilities for X and Y happening at the same time: 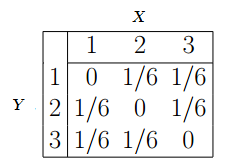 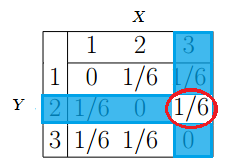 If your variables are discrete (like in the above table example), their distribution can be described by a joint probability mass function (Joint PMF). Basically, if you have found all probabilities for all possible combinations of X and Y, then you have created a joint PMF.

If you have continuous variables, they can be described with a probability density function (PDF). Unlike the discrete variable example above, you can’t write out every combination of every variable because you would have infinite possibilities to write out (which is, of course, impossible). What you can do is create a formula; The formula that describes all possible combinations of X and Y is called a joint PDF. For more on PDFs, see: What is a Probability Density Function?