What is a Compound Probability Distribution?

Simply put, compound random variables are any variables drawn from a compound distribution. They are defined more precisely with the following equation:

Princeton University professor Sam Wang created a compound probability distribution for the probability of Democrats or independent getting control of the senate in 2014. The distribution was an amalgam of all contested races in that year. 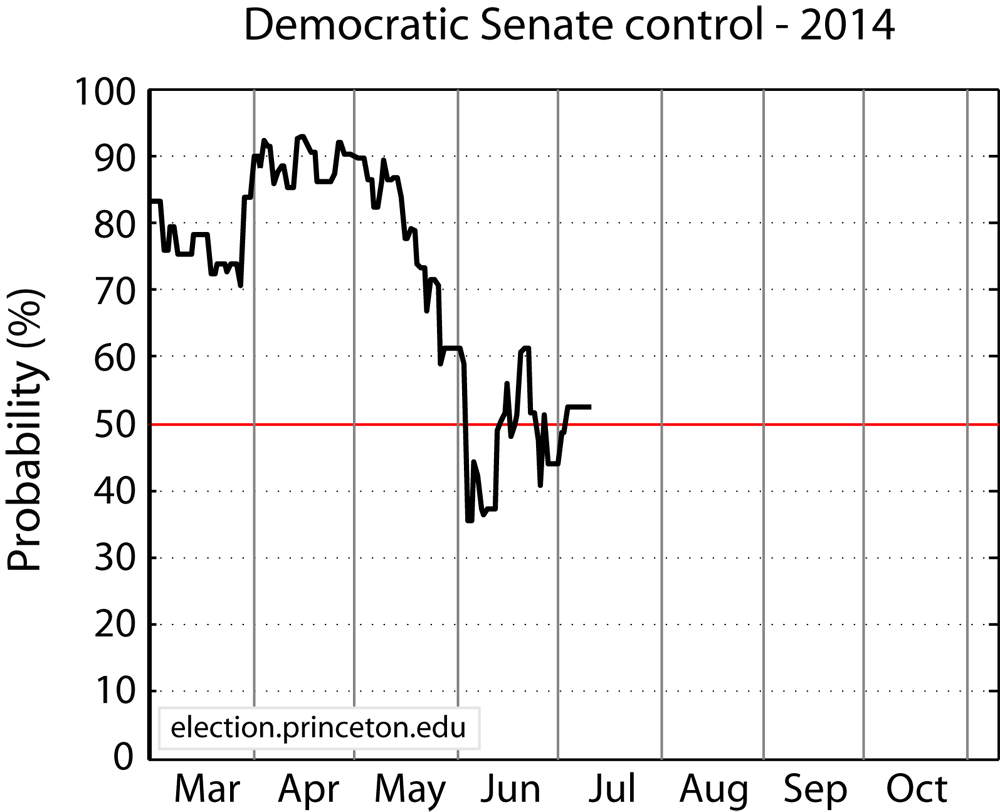 As you can tell, the compound graph is much easier to read than one where all the individual races are listed: You’re able to see the overall trend, instead of trying to make sense of a large number of individual graphs.

* The term “countably infinite” comes from set theory, and means that the set has elements that are in a one-to-one correspondence with the set of natural numbers. Although it would take forever to count all of the elements in the set, you could theoretically get to a certain element in a finite period of time.