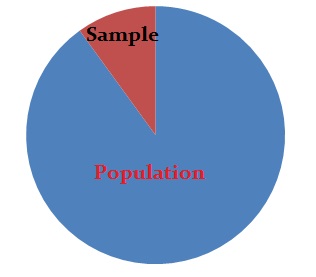 A purposive sample is where a researcher selects a sample based on their knowledge about the study and population. The participants are chosen based on the purpose of the sample, hence the name.

Watch the video for an overview of purposive sampling:

As participants are selected according to the needs of the study (hence the alternate name, deliberate sampling); applicants who do not meet the profile are rejected. For example, you may be conducting a study on why high school students choose community college over university. You might canvas high school students and your first question would be “Are you planning to attend college?” People who answer “No,” would be excluded from the study.

Each subtype of purposive sampling has their own advantages and disadvantages. In general, one major advantage of this type of sampling is that it’s easier to make generalizations about your sample compared to, say, a random sample where not all participants have the characteristic you are studying.