What is Extreme Case Sampling? 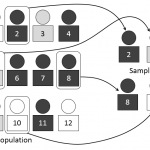 Extreme Case Sampling focuses on participants with unique or special characteristics. An extreme case (or deviant case) can be thought of as an outlier —an observation that takes on an extremely high or extremely low value. The general idea is that if you study extremes of the population, it could garner some valuable insights that can be generalized to the population as a whole. For example, if you were studying inner city violence, you could study a city with high violence and compare it to a city with low violence.

Like any sampling technique where a researcher deliberately chooses cases, extreme case sampling could result in selection bias, undermining results (Collier & Mahoney, 1996). Selection bias can largely be avoided if extreme cases from both ends of the spectrum are considered along with the general population as a whole.