Omaze Odds of Winning: How to Calculate Probabilities 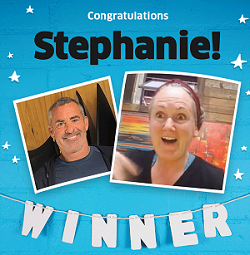 Back in January of 2019, I won an Omaze contest and took a surfing trip to Hawaii. Omaze offers some incredible opportunities, but the odds of winning are generally very small. Your probability of winning increases if you figure out the odds and enter wisely; in this article, I’ll show you how to calculate probabilities and odds for Omaze.

Watch the video for the calculations, plus some winning tips:

Omaze is a fundraising platform that connects donors to nonprofits. The idea is, you donate a small amount of money— this can be anywhere from a few dollars to a few hundred dollars. In return, you get a certain number of entries for the contest. You can win anything from cars, to celebrity dates, cash, houses, and dream trips. These contests often get millions of entries, so your odds of winning one of these contests is, generally, very very small. But you can improve your Omaze odds of winning with a little knowledge of probability and odds.

First, let’s take a look at how Omaze works. Each person can only get 6,000 entries per contest. But you don’t have to enter six thousand times. You only have to enter three times, and here’s why: you can get 2,000 entries by donating $150. If you do that amount 3 times, you’ll get the maximum number of entries. In other words, donate $450, and you have 6,000 entries. Of course, you can keep on donating, but donating more than $450 prize will not increase your odds of winning.

I’m assuming you don’t have 450 dollars hanging around to enter contests. But there is a way to enter without donating. Look under the entries buttons you’ll find a “enter without contributing” option. Click that, and you’ll be taken to the Alternative Method of Entry (AMOE) page.

Fill out your info, and you’re in.

At this point, you might be wondering if you have to enter the contest 6,000 times to max out your Omaze odds of winning. The answer is no, and you can find out why in the official rules, which state:

“Upon receipt of a complete “Alternative Method of Entry” form, a Participant will automatically receive two thousand (2,000) entries into that Experience.”

In other words, if you fill out the AMOE three times, you get the maximum number of entries. That’s why Omaze can say everyone has an equal chance of winning; You can get that equal chance (or even give to a little bit of an advantage over people who only enter once) by maxing out your entries.

Before I get into some tips about how to increase your odds of winning, let’s take a look at how odds and probabilities are calculated.

Calculating Probabilities and Odds for Omaze

Odds is defined as the probability an event will happen divided by the probability that it will not happen. In other words, it’s a ratio of successes (or wins) to losses (or failures). As an example, if you enter 100 contests and win 20 times, the odds of you winning a contest is 20/80 = 1/4. But when we have a small number of events—like one Omaze contest— odds and probabilities are almost identical, and it’s often easier to talk about probabilities instead of odds. For this contest example, the probability you’ll win is 1/5, that’s a 20% chance of a win.

So what is the Omaze odds of winning? Omaze doesn’t give us any numbers to work with.
The official rules just say that

“The odds of winning depend on the number of eligible entries received during the Entry Period.”

Why do the odds depend on the number of people entering? Let’s take a look at a quick example. I’m going to assume that everyone maxes out their 6,000 entries by either donating $450 or using that AMOE form: Let’s say you have one $100,000 prize up for grabs. You enter the contest so do four other people. There are five contestants, and you are one of them. The contest closes, and a winner is drawn randomly; You can find this info on Omaze’s blog:

“…a potential winner is randomly drawn via a cryptographically secure random number generator.”

As this is a completely random event, everyone has an equal chance of winning. This equal chance is important, because that small nugget of information allows us to calculate some probabilities:

So the big question is, how many people enter these contests? We need to know that, in order to figure out our Omaze odds of winning.
For that, we need a little detective work. Omaze doesn’t release figures for how many people entered the contest, either by donation or by that AMOE form. So let’s take a look at a couple of contests and see if we can figure out what the odds might be.

It goes without saying that Star Wars is really popular, so let’s take a look at the popularity of an Omaze contest featuring Star Wars. Forbes reports that win a walk-on part in Star Wars: The Force Awakens raised a staggering $5.3 million dollars.

Next, let’s take a look at something more low key, like surfing with celebs Kelly Slater and Shane Dorian. You might have to scroll through some results before you get some relevant info, but I found what I was looking for on this site. The Interia reports that the surfers most recent Omaze campaign raised of $75,000. Apparently, a lot more people want to walk the red carpet than go surfing! In fact, Star Wars raised over seventy times more money than this surfing contest. We can safely assume that 70 times more people entered. But how many people does that equate to? We have to do a little guesswork here, as, yet again, Omaze doesn’t publish these figures.

Let’s assume 50% of people donated and 50% enter via AMOE. If we also assume that most people are pretty much broke and they are going to enter the minimum, $10, then we divide the amount raised by $10 to get some rough numbers. A Couple of notes about the method I’m using: in statistical analysis, if you don’t know what proportion of a population does what, then most of the time you’ll use 50%. Secondly, by using the same “guesstimate” across all contests you’re comparing, you’re making those comparisons fair.

As probabilities, we get:

If you can only enter one contest, it should be pretty obvious which one you should enter: the surfing trip has much better odds. And don’t forget, if you and a significant other enter, you double your Omaze odds of winning. That lowers your probabilities to

This gives us a good idea about the overall Omaze odds of winning. The probability of winning depend mostly on what kind of contest draws the most entries.

Back in 2018, when I won the trip to Hawaii, the rules were different: you could get a maximum of one million entries. In other words, you could enter 500 times back then. That made for much better odds, but if you choose your contest entries wisely, it’s still very possible for you to win. You can increase your odds dramatically if you enter every contest you want to win.
And remember, If you use the AMOE form, those entries are free. Your odds will still be high, but you’ve done all you can. Now’s the time to sit back, and cross your fingers.

In order to maximize your Omaze odds of winning:

Finally, if you feel a little guilty about not donating anything, here’s how to enter an Omaze contest by donating just two dollars—the cost of a scratch off lottery ticket. Go to the AMOE form and you’ll see a button where you can donate two dollars to enter. 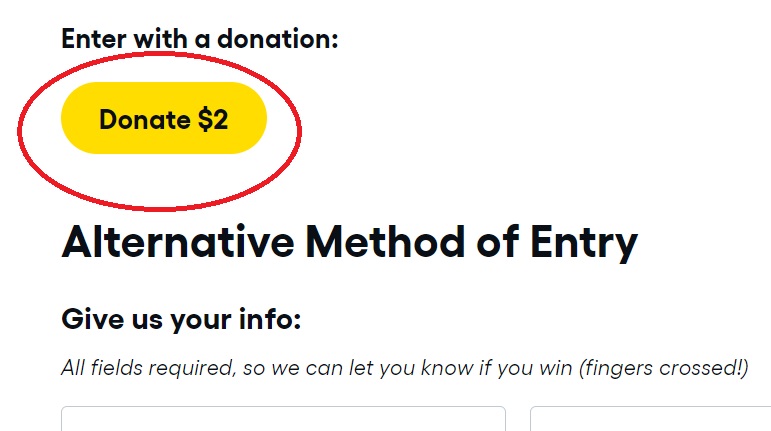 Related:
Scratch Off Odds: How to Increase Your Probability of Winning
Odds of Winning the Lottery