What is Latent Class Analysis? 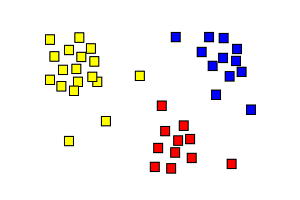 LCA is a way to group data.

Latent Class Analysis (LCA) is a way to uncover hidden groupings in data. More specifically, it’s a way to to group subjects from multivariate data into “latent classes” — groups or subgroups with similar, unobservable, membership.

A latent variable or “hidden” variable (also called a construct) is a variable that isn’t directly measurable or observable. What happens instead is that the observed variables in your data act as indicators to measure the latent variables.

A variety of reasons can cause latent, non-observable, variables. People may not want to be honest, or they may not be aware themselves of any important factors. For example, a person’s level of neurosis, conscientiousness or openness are all latent variables; They are almost impossible to measure directly. Examples of latent classes, where participants can form groups based on these hidden variables, include:

Latent Class Analysis is similar to cluster analysis. Observed data is analyzed, connections are found, and the data is grouped into clusters.

LCA is also similar to Factor Analysis; The main difference is that Factor Analysis is to do with correlations between variables, while LCA is concerned with the structure of groups (or cases). Another difference is that LCA includes discrete latent categorical variables that have a multinomial distribution. Factor analysis uses continuous latent variables with normal distribute. Ruscio and Ruscio (2008) outline the differences between the two:

Essentially, Factor Analysis has been around for much longer than Latent Class Analysis. The need for LCA grew out of the social sciences, where many variables are not found on a continuum. Allan McCutcheon gives the example of a typology, a specific group of variables. Theoretically, any combination of these variables could happen, but only a few of them do happen. LCA gives the social scientist a way to limit these typologies to the few combinations of interest.

Many popular statistical software programs, like IBM SPSS, do not have the capability for running LCA. At the time of writing, IBM does plan to add LCA to SPSS in the future. Programs that do support LCA include R and SAS. Other, less well-known programs (some of which, like MLLSA, are free) include: