Contents:
What is a Hazard Ratio?
Log of the hazard.

What is a Hazard Ratio? 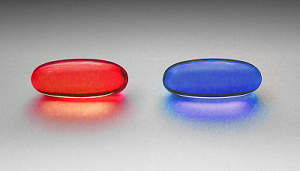 As a formula, the hazard ratio, which can be defined as the relative risk of an event happening at time t, is:
λ(t) / λ0.

What the “event” is depends on the type of study. For example, it may be death, a cure, or another event–like a stroke.

Hazard ratios can be used to:

When evaluating hazard ratios, it’s recommended that you also use another measure such as median survival time, overall survival, or time to progression. These factors can provide insights about clear benefits (i.e. survival time is increased on average by 180 days).

Logarithmic transformation is often used in survival analysis to adjust a certain variable for covariates, decrease the effects of outliers and make the data more like a normal distribution (which makes it easier to analyze).

The above formula is a combination of parameters and regressors.