Welcome to my statistics blog! I have a special interest in how statistics can lie but I’ll write about anything math-related.

Same Birthday Odds: What are the chances of meeting someone with the same birthday? Higher than you think!

Statistics Made Easy. Six invaluable tips to make sure you pass your statistics class!

Misleading Statistics Examples in advertising and in the news.

A roundup of the most famous, the funniest, and the most blatant rubbish in the news and in advertising.

Cool Math Games for Statistics and Probability. Some of my favorite (fun!) math games from around the web.

Square Root Biased Sampling at the Airport. Perhaps this will be the end to me getting special attention every time I fly.

Even physicians don’t understand statistics. That’s right — don’t believe everything your doctor tells you. Especially if it’s about cancer.

A recent dinner conversation also brought this issue to the forefront. A dinner guest was an animal experimenter and told the story of an experiment on mice that went horribly wrong. The animals were in severe pain and she called the head researcher for permission to put the animals out of their misery. He told her if she euthanized the suffering mice, she would be fired, because that would invalidate the experiment. This is not an unusual story in the animal experimentation world. In Canada in 2013(6), 78,294 animals experienced “severe pain near, at, or above the pain tolerance threshold of unanesthetized conscious animals.” I’m not going to share the gory details of what went wrong. You can read countless horror stories elsewhere on the web (like a href=”http://www.peta.org/issues/animals-used-for-experimentation/animals-laboratories/” target=”_blank” rel=”noopener noreferrer”>here

). But that whole conversation inspired me to make changes to how I approach my work.

Even Physicians Don’t Understand Statistics
If you’re feeling overwhelmed by your statistics class — you aren’t alone. Even doctors don’t really understand statistics. The ramifications can be serious, as an article in the journal Psychological Science in the Public Interest points out.

One example highlighted in the report concerns mammogram results. A woman has a routine mammogram and is informed by her physician that the test is positive. As a woman who has had two abnormal mammograms, it can be a distressing experience. But the main question on my mind was “If my mammogram is positive, what are the odds that I actually have cancer?”. 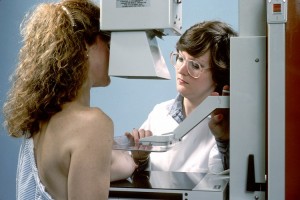 As a statistician, I know the odds are in my favor (not that it makes for a less distressing experience). However, in the report, the authors gave gynecologists (women’s reproductive health specialists) all of the information needed to answer that question (if a woman has a positive mammogram reading, what are the odds that she has cancer?). An alarming 80 percent of physicians got the answer wrong. The correct answer in the case given to them was 10 percent:

The last fact is perhaps the most shocking. One study (Eddy, 1982) reported that 95% of physicians estimated the probability of cancer, given a positive test, was 70-80%, rather than 7.8%! A woman walking into one of these physicians office’s with a positive mammogram result would be told her chances of cancer were almost certain (81 or 90 percent) when in fact her chances of cancer were relatively small. A large amount of women report depression and anxiety months after receiving an abnormal mammogram, so these physicians are putting needless extra stress on their patients.

The main problem isn’t that statistics is hard, it’s that numbers in news reports and medical journals are often presented in confusing ways (just take a look at statistics on any major medical site to see examples). Even government information can be deceptive. In 1995, the UK government warned physicians that the risk of potentially lethal blood clots in the legs had doubled with the advent of new brands of contraceptives. That sounds very alarming until you read that the risk had risen from 1 in 7000 to 2 in 2000. That’s still a relatively low risk factor for a drug.

A lot of students find this statistics blog through searches for “Online Statistics Book.” After all, with 600+ articles on elementary statistics, you’ve practically got a textbook for free (although you can check out our PDF version here). However, not everyone visiting this statistics blog is looking for a basic online statistics book. There are a lot of resources out there to help you if you’re looking for something a little more advanced. Here are some of my favorites: