What is the Assumption of Independence? 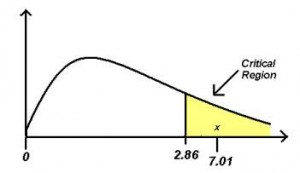 The assumption of independence is a foundation for many statistical tests.

The assumption of independence is used for T Tests, in ANOVA tests, and in several other statistical tests. It’s essential to getting results from your sample that reflect what you would find in a population. Even the smallest dependence in your data can turn into heavily biased results (which may be undetectable) if you violate this assumption.

There are actually two assumptions:

What happens if you violate the Assumption of Independence?

In simple terms, if you violate the assumption of independence, you run the risk that all of your results will be wrong.

How do I Avoid Violating the Assumption?

Unfortunately, looking at your data and trying to see if you have independence or not is usually difficult or impossible. The key to avoiding violating the assumption of independence is to make sure your data is independent while you are collecting it. If you aren’t an expert in your field, this can be challenging. However, you may want to look at previous research in your area and see how the data was collected.