What is Spectrum Bias? 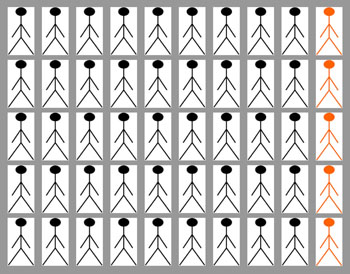 Spectrum bias (or case-mix bias) is the variability of medical test performance that happens when tests are given to different mixes of patients at different locations. Test performance may differ between groups, making it a challenge to interpret test.

There is some debate about whether spectrum bias should be called a “bias” at all. For example, Mulherin and colleagues (2002) state that it should be treated as a spectrum effect —variation normally expected in any diagnostic test.

For example, a high prevalence of disease in a study population increases positive predictive values (relative to a low prevalence population).

Any situation where you’re not testing a wide variety of patients has a potential for this type of bias. For example, referral bias may affect the case-mix at tertiary care centers. Patients at these centers are more likely to suffer from outcomes that are different from the general population. These outcomes are usually adverse, but the sequence of referrals may also result in more favorable outcomes. Either way, you’re only using one extreme of the population—missing out on those patients with opposite characteristics.

If you only include a portion of the spectrum of patients in your analysis (e.g. very sick people or relatively healthy people), spectrum bias is very likely to be present. It can be present in case control studies, which tend to compare the very sick with the very healthy—missing out on the middle section of patients who are neither to sick nor too healthy. According to Mulherin and colleagues, you can avoid this bias by using “…relatively simple stratification procedures”. Use of a cohort study can also avoid this bias, because you’re more likely to have a wider spectrum of patients.