Residual Variance (also called unexplained variance or error variance) is the variance of any error (residual). 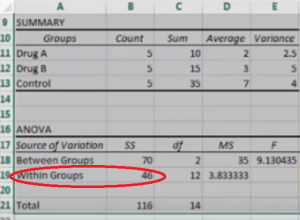 In ANOVA, within groups variance and residual variance refer to the same thing.