What is the Probit Model? 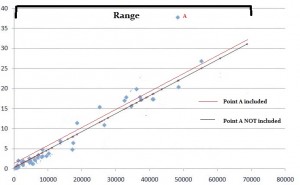 A probit model (also called probit regression), is a way to perform regression for binary outcome variables. Binary outcome variables are dependent variables with two possibilities, like yes/no, positive test result/negative test result or single/not single. The word “probit” is a combination of the words probability and unit; the probit model estimates the probability a value will fall into one of the two possible binary (i.e. unit) outcomes.

Predicted values from a probit model are similar to Z-scores; A probit value of:


Examples of when you might use a probit model:

Other, similar, methods you might want to consider instead of a probit model: