What is a Binomial Experiment?

A binomial experiment is an experiment where you have a fixed number of independent trials with only have two outcomes. For example, the outcome might involve a yes or no answer. If you toss a coin you might ask yourself “Will I get a heads?” and the answer is either yes or no. That’s the basic idea, but in order to call an experiment a binomial experiment you also have to make sure of the following rules.

Examples of experiments that are not Binomial Experiments 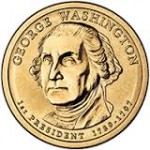 A coin toss can be a binomial experiment.

Determining if a question concerns a binomial experiment involves asking yourself four questions about the problem.

Example question: which of the following are binomial experiments?

Step 1: Ask yourself: is there a fixed number of trials?

Step 2: Ask yourself: Are there only 2 possible outcomes?

Step 3:  Ask yourself: are the outcomes independent of each other? In other words, does the outcome of one trial (or one toss, or one question) affect another trial?

Step 4: Does the probability of success remain the same for each trial?

Question #1 out of the 4 given questions was the only one that was a binomial experiment.

Check out our YouTube channel for hundreds more statistics how to videos!

Rolling dice can be a binomial experiment under the right conditions.