What is Posterior Probability? 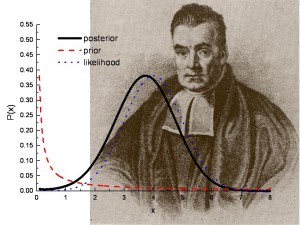 The words posterior and prior come from the latin a priori. The definition of “a priori” is:

“…relating to what can be known through an understanding of how certain things work [i.e. a hypothesis] rather than by observation” ~ Miriam Webster.

The opposite of “a priori” is a posteriori, which is defined as:

“… relating to what can be known by observation rather than through an understanding of how certain things work” ~ Miriam Webster.

What is a Posterior Distribution?

Posterior distributions are vitally important in Bayesian Analysis. They are in many ways the goal of the analysis and can give you: