What is a Polychotomous Variable? 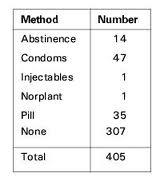 Polychotomous variables are usually qualitative variables, but they can be quantitative variables as well. For example, if studying birth weight of children, you could have the categories of heavy smoker/smoker/light smoker or non-smoker. But it may be more useful to code the “number of cigarettes smoked per day during pregnancy” into categories:

The two words mean the same thing. There’s some division in statistics about whether the term polytomous or polychotomous should be used. One Penn State professor [1] states that “The word [polychotomous] does not exist!”, although a quick check in the Mirriam-Webster dictionary says that it does: “dividing or marked by division into many parts, branches, or classes”.