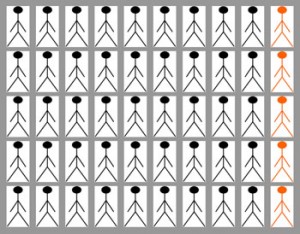 Missing data from a certain section of the population can lead to bias.

In statistics, oversampling involves taking higher, disproportionate samples than would otherwise be collected with random sampling. Depending on the structure of the survey or poll, oversampling might result in bringing low numbers of an underrepresented minority group to a representative proportion. In some cases, it might result in the minorities being over-represented. However, these “disproportionate” samples are aimed at effectively studying small groups, not biasing survey or poll results (Merger 2016).

Having a large response from a certain segment of the population reduces the likelihood of that population being underrepresented. For example: