The term “availability bias” has two distinct meanings, depending on where you’re using it:

1. Use in Assessement and Decision Making

Availability Bias (also called availability error) is figuring out odds from the first thing that pops into your head. A more recent memory, or one that you think is more important, has more bearing on your calculations than distant or hard-to-recall memories. 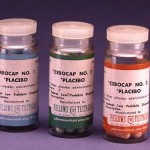 Advertisers use the availability heuristic to their advantage. If they want a certain fact to pop into a viewer or readers head, they use repetition and visual language. Catchy slogans in commercials repeat over and over again. Negative facts are downplayed in vague or abstract ways. Think about drug ads: positive effects have simple language with large type and color, while side-effects are usually glossed over with small black and white type and fast language.

If you think of buying a lottery ticket, chances are the first thing that comes to mind are the lavish lifestyles of lottery winners. Or perhaps a phrase like “you gotta be in it to win it.” Maybe you just feel it’s your lucky day. That’s because lottery commercials focus on the one winner instead of the millions of losers. If commercials focused on the real odds (one in several million) and the scores of sad losers who just spent their last dime hoping to get rich, you wouldn’t buy a ticket.

Simply put, if you base your analysis on readily available material, you’re analysis is likely to include availability bias. In this context, some authors call this type of bias source bias, information bias, or retrieval bias.

Light and Pillemar (1984) outline a simple way to find availability bias in publications. All things equal, small studies should have the same average effect size* as large studies. However, small studies will vary more due to sampling error. If you graph the sample size against effect size, the result should look like an upside down funnel. If it doesn’t, then suspect availability bias. However, there could be other reasons (see: Funnel plot for other possible causes).


*Effect size indicates how much of an effect. For example, which works best: drug A or drug B?