What is a Voluntary Response Sample? 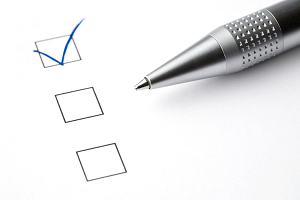 A voluntary response sample is a sample made up of volunteers. Compared to a random sample, these types of samples are always biased. For example, people who call in to a radio show poll may have strong opinions about a topic in either direction.

Having strongly opinionated people in a voluntary response sample is known as voluntary response bias, which is a forum of undercoverage. A famous example of voluntary response sample bias was the Ann Landers Survey on Parenthood. The syndicated advice columnist asked her readers if they would choose to have children again. An incredible 70% of respondents said that if they lived their lives over again, they would not have children. A similar poll in Good Housekeeping the same year resulted in 95% of people saying they would have children. Problems with both surveys included the wording of the question and the likelihood of strongly opinionated people (on either side of the argument) responding. These huge disparities highlight the fact that these types of samples can rarely be trusted.

As random sampling does not occur, it’s considered a type of non-probability sampling.

Advantages and Disadvantages of a Voluntary Response Sample

This article on the University of Utah website goes so far as to call voluntary response a “Bad Sampling Design.” If that’s the case, why use it at all? The answer is ease of use: a voluntary response sample is an inexpensive way to conduct a study as data is very easy to gather. The researcher makes a call to action, sits back, and waits for responses.