What is an Increasing Function?

Simply put, an increasing function travels upwards from left to right. In other words, as the x-values increase, the function values decrease.

Mathematically, an increasing function is defined as follows:

Where “A” is the set of real numbers. 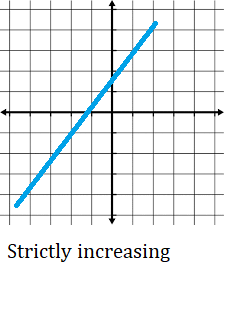 A strictly increasing function always increases, over its entire domain. It isn’t allowed any dips or plateaus where the function stays constant for even a short time.

For example, your function might increase everywhere, then suddenly, at infinity, it might drop off into an abyss. If that happens, the function is still increasing—everywhere except for one tiny point at infinity—but it isn’t strictly increasing.

Mathematically, a strictly increasing function is defined as follows:

Note that this definition only differs slightly from the first definition, by a less than (<) rather than a less than or equal to symbol (≤). The “equal to” part of the above definition allows for the function to remain constant for periods of time, whereas the inclusion of just “less than” here does not allow for any constant periods.

Increasing and Decreasing Functions: What is Weakly Increasing”?

The term “weakly increasing” is sometimes used to define a function that isn’t strictly increasing. For example, Dartmouth University defines it as:

“A function f is weakly increasing on an interval I if f(b) ≥ f(a) whenever b > a for all points a and b in I that are in the domain of f.”

The Problems with Weakly Increasing

To show you what this looks like on a graph, this function is weakly increasing: 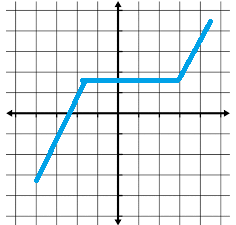 Alternatives to Using the “Weakly”

The problems with the above graph are one good reason why you should probably avoid using the term “weakly increasing” at all. Instead, consider:

Perhaps surprisingly, you can’t just look at a graph and say it “looks increasing.” That’s because, say you have a graph that’s headed straight down. You can’t say for sure that there isn’t a very tiny point where it does something strange (see strange functions or pathological functions for some examples!). The only way to prove that you have an increasing function over the whole domain is to find the first derivative. The function is increasing wherever there is a positive first derivative. 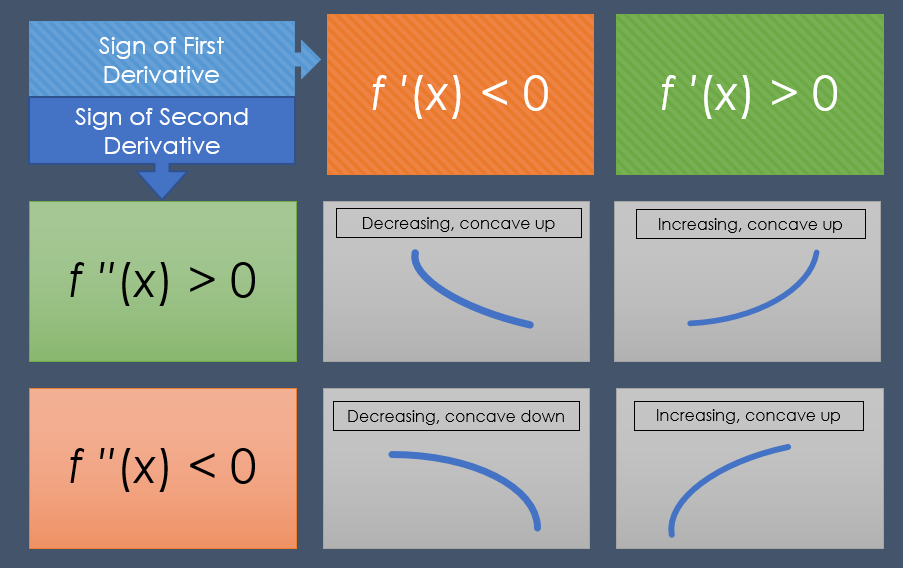 What is a Decreasing Function?

A decreasing function has a downward slope over the entire graph; as you move from left to right on the x-axis, the graph goes downward. In other words, as the input variable (x) increases, the output (y) decreases. 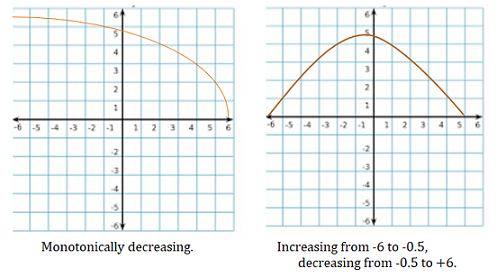 A function can be decreasing at a specific point, for part of the function, or for the entire domain. A monotonically decreasing function is always headed down; As x increases in the positive direction, f(x) always decreases.

The point where a graph changes direction from increasing to decreasing (or decreasing to increasing) is called a turning point or inflection point. Turning points can be local maxima (high points) or local minima (low points). If you are graphing the entire function (i.e. over the whole domain), the single highest point is the absolute maximum, and the single lowest point is the absolute minimum.

How to Find Out if a Function is Decreasing

Note: Not all graphs are functions, so just because a graph has a downward slope does not mean that it’s a decreasing function. It must be a decreasing graph and a function. As an example, a circle drawn on an x-y axis has decreasing parts on the graph, but it’s not a function because it has multiple outputs for a single input.

A non-increasing function doesn’t ever increase. It can be a:

A non-increasing function is defined mathematically as one where:

In other words, take two x-values on a specified interval (which could be the entire function); If the function’s output at the first x-value is less than or equal to the function output at the second, then the function is non-increasing. However, note that it’s possible for the function to increase between the two points; There are two discrete variables x1 and x2 and the function could be doing something strange in between those point (for example, it could be a wave, like the sine function). This issue with the definition can be averted in a couple of ways.

Increasing and Decreasing Functions: Non-Decreasing on an Interval

A part of a function can be non-decreasing, even if the function appears to be decreasing in places. This is true if, for two x-values (x1 and x2, shown by the dotted lines):