A nonlinearity is a relation between data points that can’t be condensed into a neat linear graph.

To understand nonlinearity we first need to define what it means for relationship between two variables to be linear. 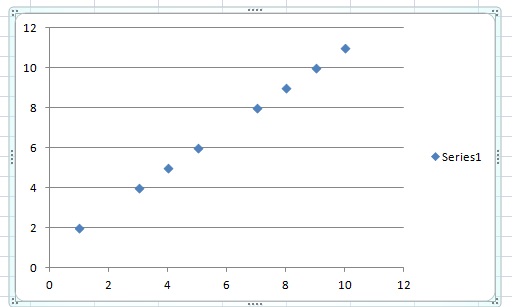 Variables on a scatter plot showing a linear relationship.

Linearity is easiest to understand visually. If your data is linear, you  can graph it on a line plot, like the one above. With allowance for an error term, you’ll be able to draw a neat line through your points.

The other key property of linear functions is additivity: : f(x + y) = f(x) + f(y). This basically means that you can:

Nonlinearities: When the Rules Change

Nonlinear systems might be chaotic, or they might simply need a more complicated model than a basic line plot.

Examples of Nonlinearities in Science and Statistics

Fluid turbulence, combustion, and the biochemical reactions that occur in living organisms are just a few examples of the many systems we research today that exhibit nonlinearities.

In statistics, nonlinear regression is a way of finding a nonlinear approximation for data that doesn’t fit the traditional linear analysis. (See below)

To be a linear regression model, the parameters (b1, b2, b3must each be first order. But the variables (X1, X2, X3) may be squared, cubed, or raised to the nth power, so this could actually be the equation of a curve. You could even take the log or inverse of the independent variable, and this would not affect the linearity of the regression model if the parameters are linear (first order).