Bilinear regression is an informal term (i.e. there is no set definition for its meaning). Therefore, it might mean something different depending on who is using the term and in what context. 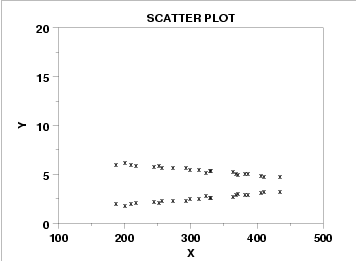 A scatter plot shows that this particular data set can best be modeled with two regression lines.

In terms of matrices, bilinear regression can refer to a set of explanatory variables that form a two-dimensional matrix.

The generalized bilinear model1 can be written as: g(μij ) = α1iβ1j + α2iβ2j. Two specific models are the growth curve model and the extended growth model.