What is Respondent-Driven Sampling? 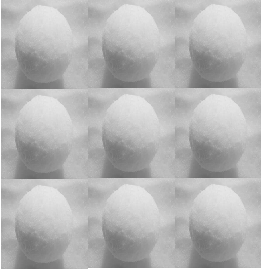 Respondent-driven sampling can be thought of as a group of snowballs, each rolling in their own direction and growing larger.

Respondent-driven sampling(RDS) is similar to snowball sampling, a chain-referral sampling method where participants recommend other people they know. Both techniques are useful for sampling from hard-to-reach populations, like IV drug users or sex workers. The main difference between the two is that RDS is mathematically tweaked to add an element of randomness. RDS can be thought of as a group of snowballs, each rolling down a hill in their own random direction.

Snowball sampling is a non-probability sampling method that doesn’t need a list of members to sample from (something that’s hard or impossible to get for hard-to-reach populations). As there isn’t a list of members, there’s no way to get a random sample. RDS is a group of methods that convert chain-referral methods, like snowball sampling, into results that can be analyzed statistically. In other words, although it starts off as a non-probabilistic model, it ends up as a mixture between non-probabilistic and probabilistic methods. The probabilistic part of the method is a somewhat complex mathematical formula that compensates for the non-random collection method. Basically, the researchers:

RDS was first developed as part of an HIV-prevention study (Heckathorn). A series of later studies developed the methods seen today. As this is a fairly new method, there isn’t at the time of writing this article (2016) a clear consensus on what the results of RDS mean in the real world. Some authors (like McCreesh) found that bias wasn’t eliminated from studies even when RDS methods had been correctly deployed. That said, RDS offers some benefits (like the potential elimination of bias) over other convenience methods.