Contents:
What is a Random Seed?
Random Number Generator in Excel.

What is a Random Seed? 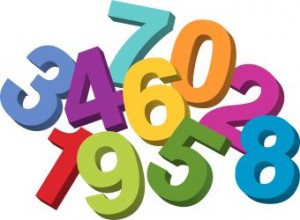 A random seed is a starting point in generating random numbers.

A random seed specifies the start point when a computer generates a random number sequence. This can be any number, but it usually comes from seconds on a computer system’s clock (Henkemans & Lee, 2001).

Why are Seeds Needed?

Computers don’t generate truly random numbers—they are deterministic, which means that they operate by a set of rules. You can mimic randomness by specifying a set of rules. For example, “take a number x, add 900 +x, then subtract 52.” In order for the process to start, you have to specify a starting number, x (the seed). Let’s take the starting number 77:

Following the same algorithm, the second “random” number would be:

How to Use the Random Number Generator in Excel

You have two random number generator options in Excel: the RAND function (a variation is the RANDBETWEEN function) and the Data Analysis Toolpak.

Step 1: Type “=RAND()” into an empty cell.
Step 2: Press “ENTER.” This generates a random number between 0 and 1.
Step 3: Click the blue box at the bottom right of the cell to drag the formula up a column or across a row. This generates more random numbers.

Check out our YouTube channel for more Excel/stats help and tips!