Watch the video, or read the article below: 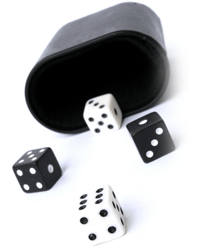 Answering probability questions can seem tricky, but they all really boil down to two things:

Should I multiply or add probabilities?

Dependent events are connected to each other. For example:

Independent events aren’t connected; the probability of one happening has no effect on the other. For example:

If you aren’t sure about the difference between independent and dependent events, you may want to read this article first:
Dependent or Independent event? how to Tell.

Tip: Look for key phrases in the question that tell you if an event is dependent or not. For example, when you are trying to figure out the probability of two events occurring together and the phrase “Out of this group” or “Of this group…” is included, that tells you the events are dependent.

The probability of you getting the job and the car is 33.75%

The equation you use is slightly different.
P(A and B) = P(A) • P(B|A)
where P(B|A) just means “the probability of B, once A has happened)

That’s how to find the probability of two events occurring together!

Tip: Sometimes it can help to make a sketch or drawing of the problem to visualize what you are trying to do. The following diagram shows the group of people (85% of the population) and the subgroup (45% of the population), making it more obvious that you should be multiplying (because when you translate 45% of the 85% (have insurance with high deductibles) to math, you get .45 * .85). 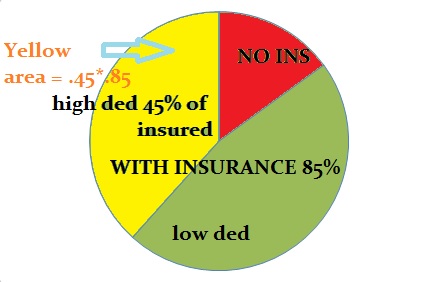