What is the Total Probability Rule?

Note: ∩ means “intersection” and Bc is the complement of B. 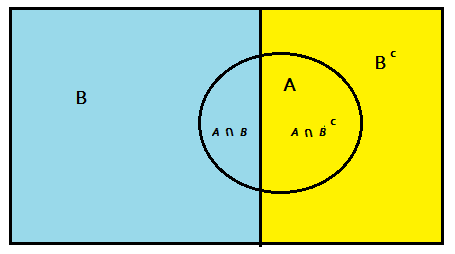 Sometimes the probabilities needed for the calculation of total probability isn’t specified in the exact way you need to solve the equation. An alternate version of the total probability rule (found with the multiplication rule) is:

In practical situations, it can be difficult to work with these equations. It’s much easier to work with a tree or table. 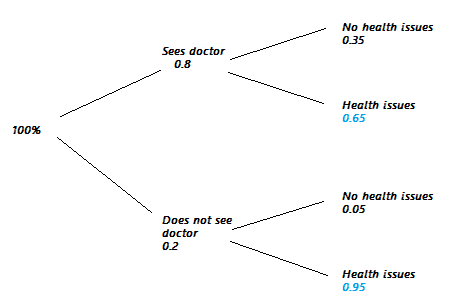 Step 2: Multiply the probabilities for each branch. For example, the top branch has 0.8 on the first segment and 0.35 on the second. These calculations are shown in red on the graph below:

Using a Table to Solve for Total Probability

The idea is the same as the tree, only you put the data into a table format. This is less intuitive than the tree, even though it holds the same information. This first table holds the information given in the question:

Note that I only included in the table the information about “no health issues”, as that was what was being asked about in the question. You could include all of the information (including the people who had health issues), but that leads to complications in the next step (hence, it being less intuitive than the tree).

Next, the rows are multiplied to give joint probabilities:

The total probability rule is the basis for Bayes Theorem.