What is a Moving Average?

Watch the video for an overview and example:

An average represents the “middling” value of a set of numbers. The moving average is exactly the same, but the average is calculated several times for several subsets of data. For example, if you want a two-year moving average for a data set from 2000, 2001, 2002 and 2003 you would find averages for the subsets 2000/2001, 2001/2002 and 2002/2003. Moving averages are usually plotted and are best visualized.

Continue calculating each five-year average, until you reach the end of the set (2009-2013). This gives you a series of points (averages) that you can use to plot a chart of moving averages. The following Excel table shows you the moving averages calculated for 2003-2012 along with a scatter plot of the data: 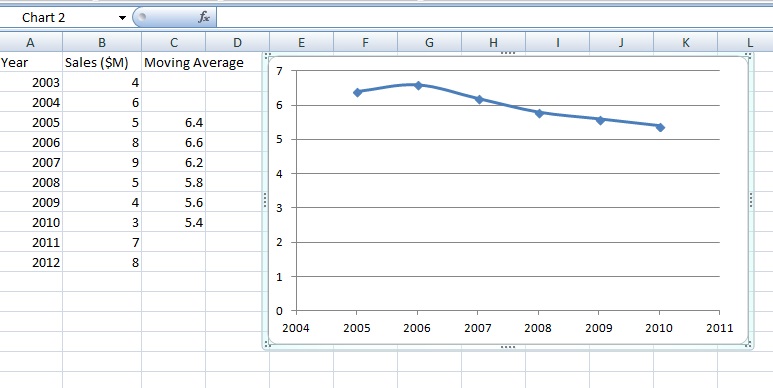 Step 3: Click the “Input Range” box and then select your data. If you include column headers, make sure you check the Labels in first Row box.

Step 5: Click in the “Output Range” box and select an area on the worksheet where you want the result to appear. Or, click the “New worksheet” radio button.

Step 6: Check the “Chart Output” box if you want to see a chart of your data set (if you forget to do this, you can always go back and add it or choose a chart from the “Insert” tab.”

Step 7: Press “OK.” Excel will return the results in the area you specified in Step 6.

Step 1: Type your data into two columns in Excel. The first column should have the year and the second column the quantitative data (in this example problem, the sales figures). Make sure there are no blank rows in your cell data. 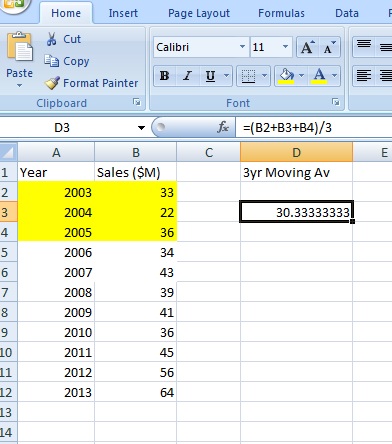 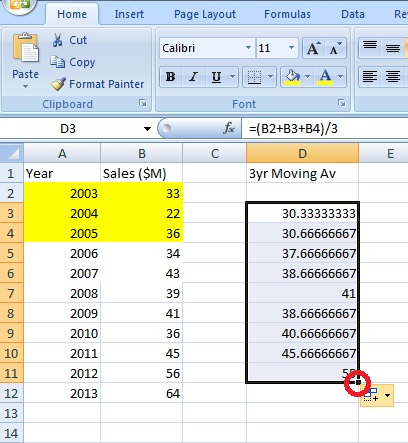 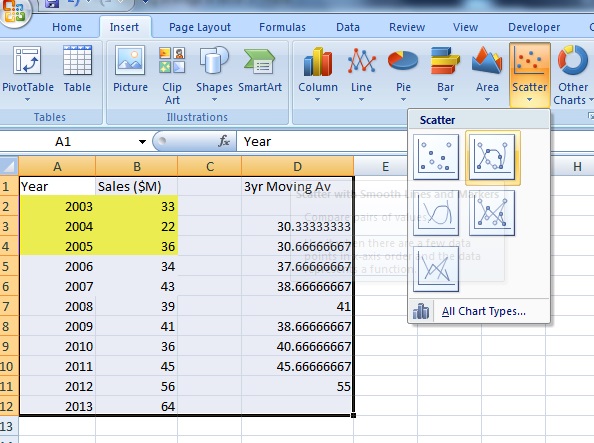