What is a Minimum Spanning Tree?

A minimum spanning tree is a special kind of tree that minimizes the lengths (or “weights”) of the edges of the tree. An example is a cable company wanting to lay line to multiple neighborhoods; by minimizing the amount of cable laid, the cable company will save money.

A tree has one path joins any two vertices. A spanning tree of a graph is a tree that: 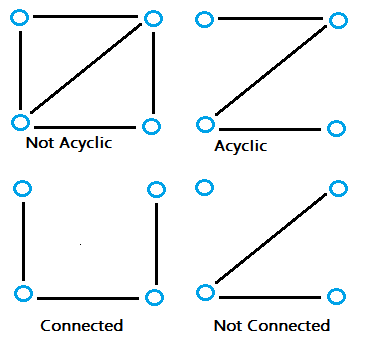 Even the simplest of graphs can contain many spanning trees. For example, the following graph: 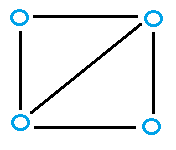 …has many possibilities for spanning trees, including: 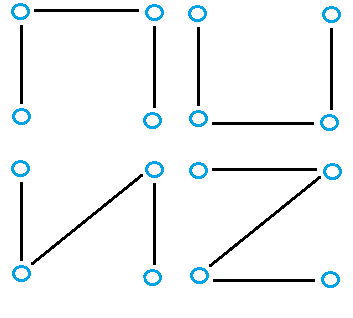 As you can probably imagine, larger graphs have more nodes and many more possibilities for subgraphs. The number of subgraphs can quickly reach into the millions, or billions, making it very difficult (and sometimes impossible) to find the minimum spanning tree. Additionally, the lengths usually have different weights; one 5m long edge might be given a weight of 5, another of the same length might be given a weight of 7.

A few popular algorithms for finding this minimum distance include: Kruskal’s algorithm, Prim’s algorithm and Boruvka’s algorithm. These work for simple spanning trees. For more complex graphs, you’ll probably need to use software.

Find the edge with the least weight and highlight it. For this example graph, I’ve highlighted the top edge (from A to C) in red. It has the lowest weight (of 1):

Find the next edge with the lowest weight and highlight it:

Continue selecting the lowest edges until all nodes are in the same tree.
Notes:

The finished minimum spanning tree for this example looks like this:

What is Prim’s Algorithm?

Prim’s algorithm is one way to find a minimum spanning tree (MST).

How to Run Prim’s Algorithm

Step 1: Choose a random node and highlight it. For this example, I’m choosing node C.

Step 3: Highlight the node you just reached (in this example, that’s node A).

Note: if you have have more than one edge with the same weight, pick a random one.

Step 6: Highlight the edge with the lowest weight. Choose from all of the edges that:

Step 7: Repeat steps 5 and 6 until you have no more un-highlighted nodes. For this particular example, the specific steps remaining are:

The finished graph is shown at the bottom right of this image:

Minimum spanning trees are used for network designs (i.e. telephone or cable networks). They are also used to find approximate solutions for complex mathematical problems like the Traveling Salesman Problem. Other, diverse applications include: