Design of Experiments > The Hawthorne Effect

Watch the video for a summary of the Hawthorne effect:

The Hawthorne Effect, also called the Observer Effect, is where people in studies change their behavior because they are watched. A series of studies in the 1920s first shone light on the phenomenon after researchers investigated how several conditions (i.e. lighting and breaks) affected worker’s output. Output went up up during the studies; It returned to normal after the research team left. This led to a whole era of research that attempted to control for the effect an observer can have on an experiment.

Some people say the “Hawthorne Effect” wasn’t real and output didn’t rise to any real level. There haven’t been any experiments since then that have duplicated the findings. However, the term “Hawthorne Effect” persists–even in textbooks. It is now used to describe any situation where there is a short-term increase in output.
Back to Top

History of the Hawthorne Effect

The Hawthorne effect is named after a series of experiments that took place at the Western Electric factory in Hawthorne, a suburb of Chicago. The Western Electric Company was the sole supplier of telephone equipment to AT&T at the time and the Hawthorne plant was a state-of-the art plant that employed about 35,000 people. The experiments were intended to study the effects lighting levels had on output. The hypothesis evolved and groups of workers were studied to see if different lighting levels, levels of cleanliness or different placement of workstations affected output.

The major finding was that no matter what change the workers were exposed to, output improved. But, production went back to normal at the end of the study. This suggested watched employees worked harder.

Who Came Up With The Term?

Although the experiments took place in 1924-1932, the term Hawthorne Effect wasn’t used until much later. There is debate about who actually came up with the term. Some people think it was first used in the 1950s by Henry A. Landsberger during his analysis of the Western Electric experiments. See here and here. Others think that it was possibly coined by John French in 1953. See here and here.*
Back to Top

Details About The Experiments

The Hawthorne telephone factory experiments took place over several years. Illumination studies. Researchers from the National Academy of Science played around with lighting levels, took place sporadically during a two and a half year period from 1924 to 1927. (Note: if you want to get an idea of what the factory conditions looked like, check out this AT&T archive video. The Hawthorne experiment starts at about 7:10).

These experiments were conducted on entire departments (from Roethlisberger & Dickson):

“…each time a change was made, worker productivity increased…..As a final check, the experimenters returned to the original unfavorable conditions of poor lighting….Seemingly perversely, productivity continued to rise.”

End of The First Experiment

The National Academy called off the experiment as it proved nothing. However, Western Electric decided to undertake further studies. Harvard University then became connected with the new studies. Sociologist Elton Mayo supervised most of them. 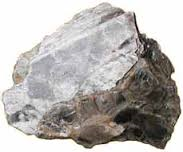 In a second part of the experiment, five experienced workers were studied over a five year period. Two of the workers were replaced during the study due to them being too slow. This affected group morale, as when overall output dropped, pay dropped as well. This part of the experiment is usually referred to as The Mica Splitting Test. The workers split, measured and trimmed mica chips for insulation. The women (unlike their coworkers) received extra ten-minute breaks mid-morning and mid-afternoon. While they received the breaks, their output showed a small increase. Once the women returned to normal scheduling without breaks, output dropped back down. One positive outcome to the experiment was that the breaks (which increased output) became a company wide policy due to the experiment.

In another Hawthorn study, 14 telephone assemblers took part. After they were moved to a test room to work, there was no increase in output (i.e. there was no Hawthorne effect). However, the researchers did note that the people in the study kept up with group expectations of what they thought was good output for the day. Team members were labeled “speed kings” or “slaves.” If output was too high in the morning they tended to slow down to meet expectations.

The experiments continued until 1932, when the workers in the experiment were laid off during the Great Depression. a report was actually never published, despite the notoriety of the Lighting experiment. The data from the experiment was considered “lost” until recently. Steven Levitt and John List from the National Bureau of Economic Research found the data in two library archives.

An interesting (bit probably irrelevant) note: Theresa Zajac was one of the original experiment participants. She still worked at the same plant when Western Electric held their 50th anniversary celebration.
Back to Top

Is the Hawthorne Effect Real?

Henry McIlvaine “Mac” Parsons was one of the first people to uncover some real problems with the Hawthorne experiment’s results. In 1970 he studied second-hand and first-hand accounts of the research, finding some serious problems. These included factors that were completely ignored:

Perhaps the two most important factors that weren’t accounted for were also ignored by the researchers. When the workers were on the main floor, they earned a base rate plus a bonus; The whole department’s performance determined the bonus. Five workers output in the test room determined how much extra those workers received, so one person’s output could have a major effect on the team’s paycheck. This meant that team members would be more motivated to ramp-up output. This motivational effect is well-known in behavioral science today, but back in the 1920s/1930s it had not been developed yet.

Parsons made his findings well-known, but many authors of current textbooks continue to include the Hawthorne Effect without question. When asked why he thought people persisted in spreading the myth despite his well-publicized findings, Parson’s replied, “They’re lazy.”

In a NY Times article from 1998, psychology professor Dr. Richard Nisbette from the University of Michigan called the Hawthorne effect “a glorified anecdote,” partly due to the tiny sample of workers studied. The New York Times article itself was titled “Scientific Myths That Are Too Good to Die.”

A closer look by a group of University of Chicago researchers suggests that there may never have been a “Hawthorne Effect” in the first place. After analyzing the original data, Levitt and List came to the following conclusion:

” Our analysis of the newly found data reveals little evidence to support the existence of a Hawthorne effect as commonly described; i.e., there is no systematic evidence that productivity jumped whenever changes in lighting occurred.”

The output seen in the original study could have been due to factors other than observation. Recent analysis of the tests highlight the simple fact that the Great Depression loomed. That alone may have had an effect on workers. The general opinion seems to be that if the Hawthorne effect exists, it exists in ways that aren’t really understood. This may have a huge impact on future studies.

The research that came out of the study influenced a generation of researchers. The field of Industrial and Organizational Psychology grew out of the Hawthorne studies.

“In the history of science, certain contributions stand out as signal events in the sense that they influence a great deal of what follows. The Hawthorne Experiments exemplify this phenomenon in the field of industrial work and have been the subject of serious subsequent commentary and reanalysis.” (Bloombaum, 1983)

The Hawthorne Effect remains as a way to describe the increase in output seen in similar studies. These changes are sometimes called Self-Fulfilling Prophecies. When a researcher sets up an experiment, they are hoping that their hypothesis is correct. Otherwise, the experiment would fail. These hoped-for changes mean it is more likely a researcher will accept, rather than reject, their hypothesis statement. 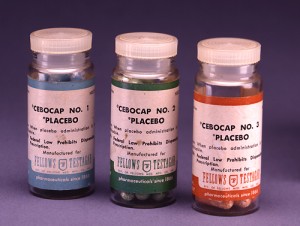 The Hawthorne Effect isn’t the only effect of expectation. The Placebo Effect and Pygmalion Effect can also affect the results of an experiment.

2. If you have 30 minutes, I highly recommend this BBC Radio program. It dissects the Hawthorne Effect and explores the history. It also features several experts in the field such as: