What is Subjective Probability? 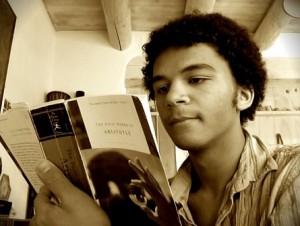 With subjective probability, you use knowledge and opinions, not calculations.

What is Subjective Probability?

Subjective probability is where you use your opinion to find probabilities. For example:

No calculations are involved in subjective probability; it involves opinions (usually based on your past experiences) only.

As only personal opinions are involved, there is usually a high degree of personal bias. Another downside is that one person’s opinion may differ vastly from another’s. For example, you might think the Jacksonville Jaguars are going to find themselves at the bottom of the league this year, while your friend (a Jags fan) may argue that they have some great new players and certainly won’t.

A third problem that affects subjective probability is that they must obey certain conditions in order to be workable. For example, you can’t think there’s a 75% chance of rain today and also think that there is a 75% chance of it not raining; probabilities must add up to 100%. As you aren’t performing calculations, it’s easy to fall into the trap of failing to meet this condition for more complicated probabilities.

What is it Used For?

If subjective probability is so open to bias, why use it at all? We often think of probability in terms of the classical probability definition, which is the number of favorable events, divided by the total number of events. However, this is one narrow case of probability and it isn’t suitable for all areas of the field, including Bayesian probability. A more philosophical approach is to realize that probabilities only have meaning to the person thinking about them (i.e. you). Being subjective when calculating probabilities is a way of quantifying the unknown and is a necessary part of life.

Let’s say that you’ve been to your dentist twice, and have spent $125 and $150 each time. You hear through the grapevine that the dentist has upgraded his office and that his fees have “skyrocketed.” You have two choices:

Obviously, you’d want to go with the guesstimate!

Subjective probability is also the basis for many logical fallacies, old wives’ tales, and rules of thumb. This is especially true in gambling, which is governed by the rules of probability that are obscured by gamblers’ superstitions and intuition about “luck” [2].