Watch the video or Read the steps below to find out how to use a probability tree:

What is a Probability Tree?

Why Use a probability tree?
Sometimes you don’t know whether to multiply or add probabilities. A probability tree makes it easier to figure out when to add and when to multiply. Plus, seeing a graph of your problem, as opposed to a bunch of equations and numbers on a sheet of paper, can help you see the problem more clearly. 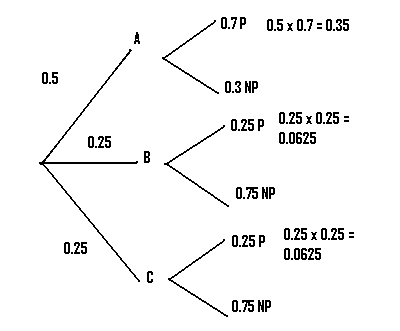 Multiplication and Addition
Probability Trees make the question of whether to multiply or add probabilities simple: multiply along the branches and add probabilities down the columns. In the following example (courtesy of Yale University), you can see how adding the far right column adds up to 1, which is what we would expect the sum total of all probabilities to be:
.9860+ 0.0040 + 0.0001 + 0.0099 = 1 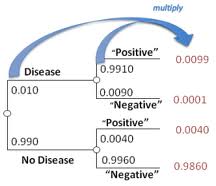 Probability trees aren’t just a theoretical tool used the in the classroom — they are used by scientists and statisticians in many branches of science, research and by several government bodies. For example, the following tree was used by the Federal government as part of an early warning program to assess the risk of more eruptions on Mount Pinatubo, an active volcano in the Philippines. 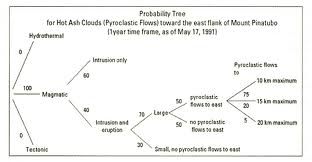 Photo courtesy of the US Geological Survey

How to Use a Probability Tree or Decision Tree

Step 1:Draw lines to represent the first set of options in the question (in our case, 3 factories). Label them (our question list A B and C so that is what we’ll use here). 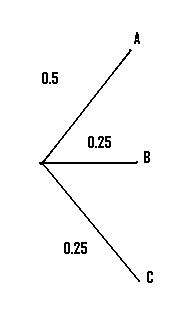 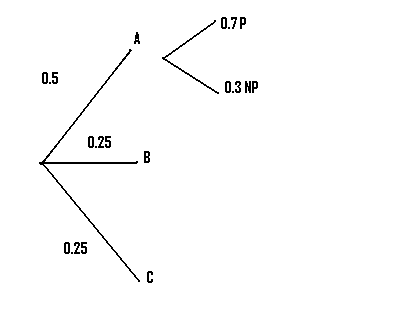 Step 4:Repeat step 3 for as many branches as you are given. 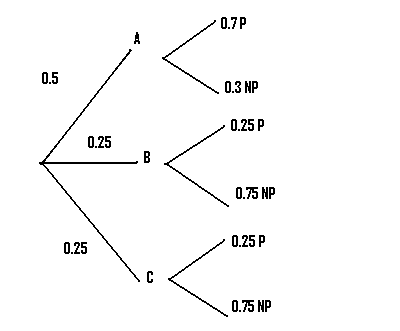 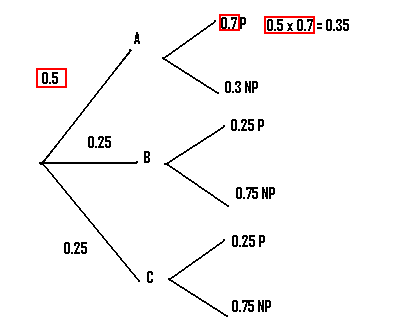 Step 6: Multiply the remaining branches that produce the desired result. In our example there are two more branches that can lead to P.

Step 6: Add up all of the probabilities you calculated in steps 5 and 6. In our example, we had:

Sample Question: If you toss a coin three times, what is the probability of getting 3 heads? 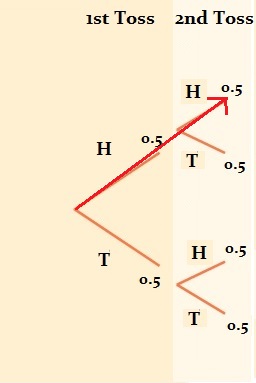 Next, you add two more branches to each branch to represent the second coin toss. The probability of getting two heads is shown by the red arrow. To get the probability, multiply the branches: 0.5 * 0.5 = 0.25 (25%). This makes sense because your possible results for one head and one tails is HH, HT, TT, or TH (each combination has a 25% probability). 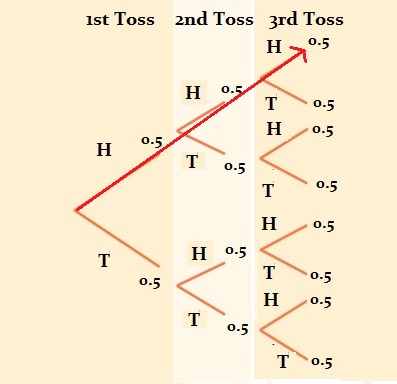 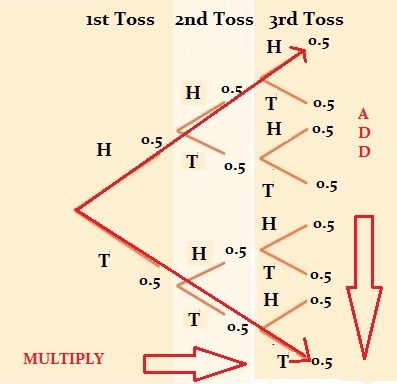 Tip: You can check you drew the tree correctly by adding vertically: all the probabilities vertically should add up to 1.